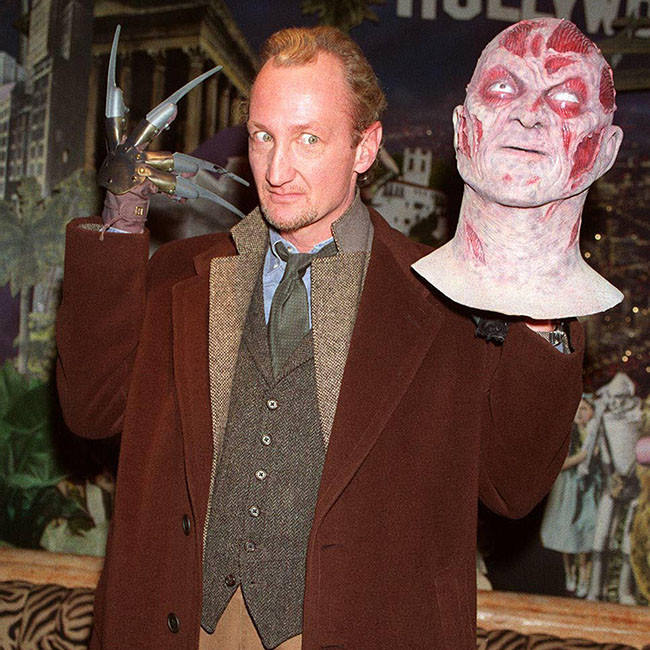 When casting took place for the first film in George Lucas' sci-fi saga, 1977's 'Star Wars: Episode IV – A New Hope', Robert was sharing an apartment with Mark and he told him he thought he should get in contact because he would be perfect for the heroic role.

Mark took his roommate's advice and went on to play the Jedi Knight in six movies.

Robert - whose most famous screen role is as supernatural killer Freddy Krueger - said: “Mark Hamill was my roommate and I said to him, ‘You know, George Lucas is doing another movie and you might be right for this.’ So 'My Once Upon A Time in Hollywood' story is that Freddy Krueger told Luke Skywalker to call his agent and he got the part. His agent hates me telling this story, because she insists that she already submitted him for the part.”

The 71-year-old actor had found out about 'Star Wars' because he had been put forward to play space smuggler Han Solo in the franchise.

The part ultimately went to Harrison Ford, but Robert isn't too disappointed that he didn't get to join friend Mark, 69, in the space-set blockbusters.

In an interview on the 'Inside of You' podcast, the horror icon said: “I went to go in for an audition for the Frederic Forrest role in 'Apocalypse Now', I was too young but I got in for the surfer because I surfed, so they brought me in for the surfer. I did not get that.

“Somebody then walked me across from the 'Apocalypse Now' audition, and were like, ‘You might be right for someone here,’ and they brought me over to the Star Wars audition, I don’t even think it was called Star Wars then, they took my polaroid – like a mug shot, profile and full face – and I think it was for the Han Solo role. They didn’t know how to go with it, originally they were thinking of an older uncle, the kind of guy that brings a joint to Thanksgiving and gets all the kids high, the cool, older uncle. I think they even offered it to Tom Selleck and he turned them down.

“Anyway I go across the hall and I’m just excited because I just love George Lucas, I take my polaroid, maybe for Han Solo.”