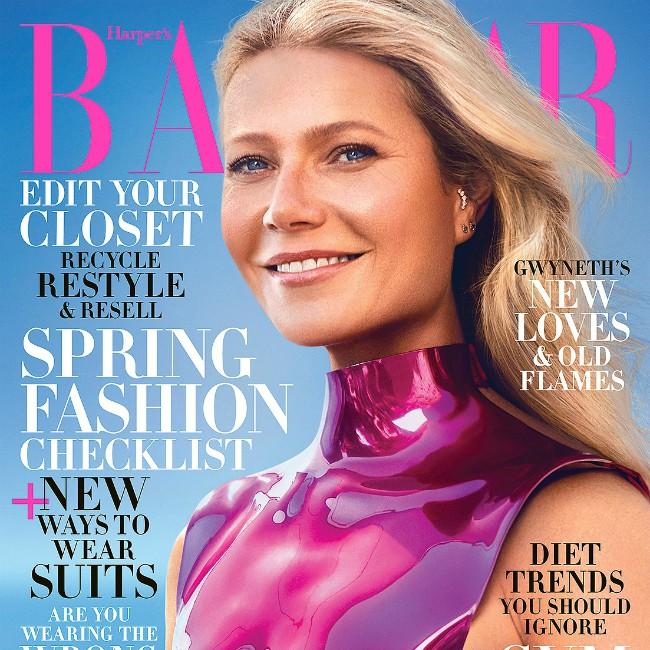 Gwyneth Paltrow is done as a leading lady in Hollywood

Gwyneth Paltrow says her days being a Hollywood leading lady are over.

The 47-year-old actress has had a career than many of her peers could only dream of, including a Best Actress Oscar for her performance in 1998's 'Shakespeare in Love', but feels as though she "burned" herself out by having the responsibility of being the main star in too many movies and she no longer wants to be the first name on the poster.

Gwyneth came to the realization when she was shooting 2005 drama 'Proof' at the same time she was pregnant with her now 15-year-old daughter Apple, who she shares with ex-husband Chris Martin.

Gwyneth struggled with morning sickness on set and found learning lines a strain, and the experience led her to a career of supporting parts with her most famously playing Pepper Potts in the 'Iron Man' films and wider Marvel Cinematic Universe.

Speaking to the new issue of Harper's Bazaar magazine, she said: "I will literally never get a taste for acting again. When I was acting I really burned myself out ... I really got to the point where even the little things, like sitting in the van going to set, getting your make-up touch-ups, and everything - I really don't know that I can bear it. The last movie I starred in, I was pregnant with my daughter. It was a movie called 'Proof', an adaptation of a play I did in London, and I was like, 'I've had it. I can't do this anymore.'

"I had morning sickness and I was dying, and I had these five-page monologues. So when I had her, I knew I was going to take a big chunk of time off. And I've never starred in anything again."

Gwyneth's focus is now more focused on her lifestyle brand Goop, which continues to grow all over the world and is to be the focus of a Netflix series that goes behind the scenes of the business.

Gywneth doesn't think she'll be reprising her role as Pepper Potts either following her appearance in 2019 superhero blockbuster 'Avengers: Endgame'.

She said: "I mean, I'm a bit old to be in a suit ... I feel very lucky that I did it, because I actually got talked in to it. I was friends with ['Iron Man' director] Jon Favreau. It was such a wonderful experience making the first 'Iron Man' and then to watch how important it has become to the fans."

As well as daughter Apple, the 'Sliding Doors' star also has 13-year-old son Moses - whose dad is Coldplay frontman Chris - but neither of her kids have ever seen any of her films and she admits that she hates to watch herself on screen.

Talking about when she catches a glimpse of herself in a movie, she said: "I vom. I gag. I hate it."