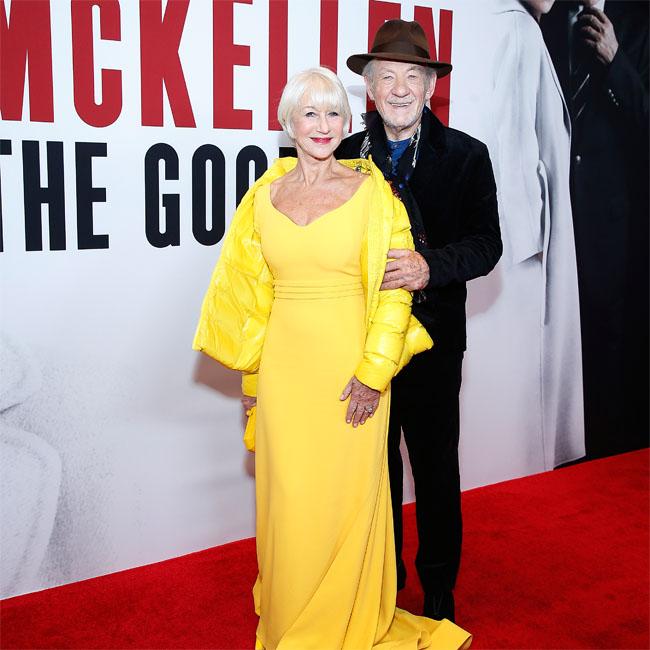 Helen Mirren wants to be de-aged in a film

Dame Helen Mirren wants de-ageing technology to be used on her for a film role.

The 74-year-old actress finds the CGI technology, which has been prominently used in Martin Scorsese's 'The Irishman', "very interesting" and she wouldn't oppose a director's wish to use it on her.

When asked whether she would want to be de-aged, she told movie website HeyUGuys: "Of course. It's very interesting that you can make people younger digitally."

Mirren stars in new thriller 'The Good Liar' alongside Sir Ian McKellen, but the 80-year-old thespian has reservations about the special effect, admitting he was made to look more youthful in one of the 'X Men' films and he looked "ridiculous".

Ian recalled: "Patrick Stewart and I were made younger in one of the X Men movies and it looked ridiculous."

The 'Lord of the Rings' star also pointed out that technology can't totally convince an audience that a performer is younger than they really are.

'The Good Liar' marked the first time that the pair have worked together in their careers and both stressed the importance of working on movies with the right people.

Mirren said: "We aren't method actors. We are absolutely the opposite. If you enjoy your craft and you're with someone else who does, it's fun."

McKellen, 80, also recalled how working in ensemble casts helped him develop his skills in the early phase of his career.

He said: "I began acting professionally in a company that did a lot of plays together, it's always about the people you work with."