Jameela Jamil dreaming of a part in Star Wars 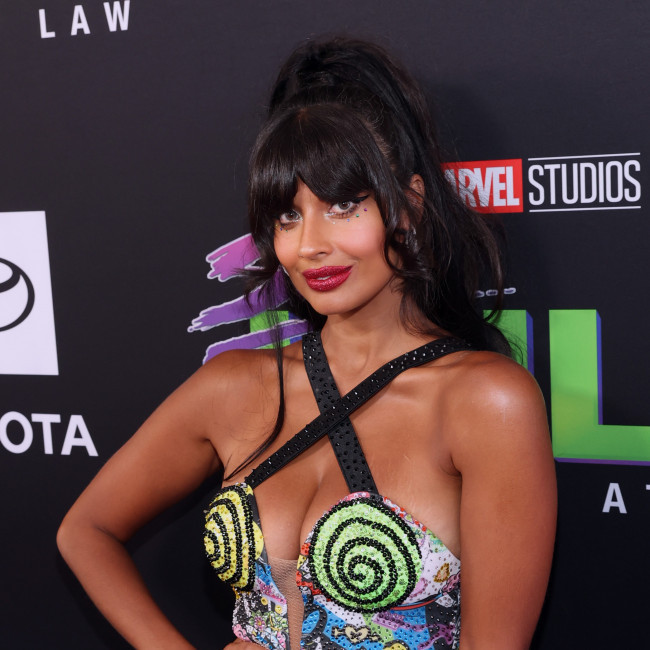 Jameela Jamil dreams of a role in 'Star Wars'.

The 36-year-old actress stars in the Marvel series 'She-Hulk: Attorney at Law', voiced Wonder Woman in 'DC League of Super-Pets' and appeared in the 'Star Trek' series 'Prodigy' and has revealed that she wants to complete her a "nerd EGOT" by featuring in the epic sci-fi franchise – a reference to the select group stars who have won an Emmy, a Grammy, an Oscar and a Tony award.

Speaking at New York Comic Con, Jameela said: "It feels only natural that I should at least be allowed to do catering at 'Star Wars'. Just as I've been referring to my nerd EGOT.

"That would be an ultimate dream come true, and then I've fulfilled every 12-year-old fantasy I had."

Jameela revealed that she would want to be on the dark side if she ever got a part in 'Star Wars'.

The 'Good Place' star said: "I'd take literally anything, but I think a villain.

"I do really love playing the bad guy. I really do enjoy complex characters who start off as immensely unrelatable, who we can find the relatability of.

"I think the reason for that, it's probably slightly socially political. Right now we are so divided; we almost seek to misunderstand each other. And if we don't understand each other, we're never going to be able to find a way back to one another."

Jameela continued: "And I think that's also been an overarching theme throughout 'Star Trek'... We're decades into this franchise, and I think they have done a really good job at that, and I think that's something that I'm very drawn to, is helping people understand people who are different to them."