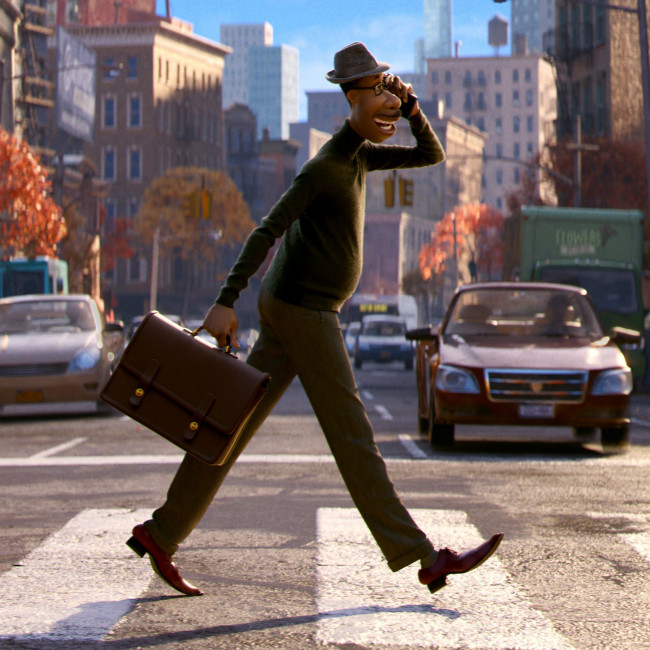 Jamie Foxx is a jazz fan like Soul character

Jamie Foxx could relate to his character in 'Soul'.

The Oscar-winning actor voices the role of music teacher Joe Gardner in the upcoming Disney Pixar flick and found it easy to connect to the character due to their shared love of jazz artists.

Speaking after the release of a new trailer for the movie, Foxx, 52, explained: "Like Joe, I hear music in everything. When you're a jazz artist, man, you talk a little different, 'Hey, cat!'

"I got a chance to go to a few jazz fests and meet Herbie Hancock, Chick Correa – hang out with those guys. They have a way of talking, a way of dressing – everything funnels towards their music, towards the jazz."

Foxx famously played late jazz singer Ray Charles and has featured on numerous records and released his own albums.

Director Pete Docter insists that the movie - which also features the voices of Tina Fey and Graham Norton and is slated for release on streaming service Disney+ on Christmas Day (25.12.20) – is about more than just jazz music.

The 52-year-old filmmaker said: "I've been so lucky to work with some incredible people and make movies that have been seen around the world.

"But I realised that as wonderful as these projects are, there's more to living than a singular passion – as expressive and fulfilling as they may be. Sometimes the small insignificant things are what it's really about.

"This film is about broadening the idea of a singular focus to thinking more widely about what life has to offer and what we have to offer life."

Co-director Kemp Powers, who had started on the project as a writer, believes that the movie is timely amid the backdrop of the coronavirus crisis.

He commented: "We've been working on 'Soul' for years, but the film feels timelier now than we ever could have imagined back when we began.

"In a year where everything we know has been turned upside down, we've all been forced to find new meaning both in the relationships we have and the small moments that truly make life worth living."