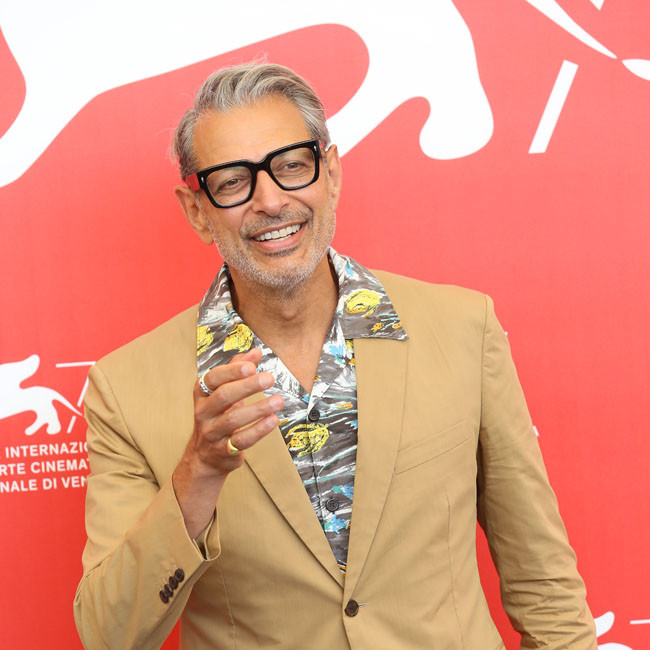 Jeff Goldblum 'fell back into step' in Jurassic World Dominion

Jeff Goldblum "fell back into step" on 'Jurassic World Dominion'.

The 69-year-old actor has returned to the dinosaur franchise as Dr. Ian Malcolm and says he and fellow original stars Sam Neill (Dr. Alan Grant) and Laura Dern (Dr. Ellie Sattler) were immediately at home on the project.

Jeff told PEOPLE: "We totally fell back into step."

The 'Independence Day' star revealed that he had a "delightful" time working with Sam and Laura – who he describes as "two of the greatest human beings on this planet".

He said: "We had such a close experience on the first one, and they're of course two of the greatest actors of our time in the world. And so I loved it. We've stayed in touch over the years, but that was so exciting."

Laura previously gushed about the opportunity to feature in the flick – which is set to be released in June – and go down "memory lane" with Jeff and Sam.

The 55-year-old star said: "I can say that it was incredible to be back together. It was an amazing thing to join my original cast members and go down memory lane, from that experience in the beginning of a franchise through the whole course of these films together with all the key cast members who have been working on these movies, as well as (director) Colin Trevorrow and Steven Spielberg, who is like family to me."

Colin previously confirmed that 'Jurassic World Dominion' has a different formula to the past films in the series as the dinosaur have made their way around the globe.

He said: "They have been multiplying and living amongst us and clashing with us.

"(The other 'Jurassic Park' movies) pretty much have the same story. But 'Dominion' is set all over the world, through many different environments: wilderness, urban, desert, snow. It's exciting to see these creatures navigate environments that they weren't built to survive in. They grew up in a theme park and now they're here!"