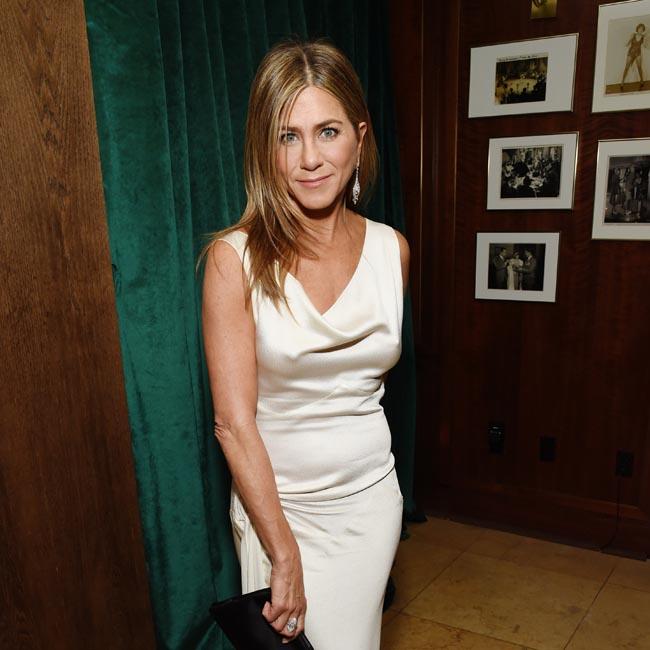 The former 'Friends' star admitted that she gave up on wanting to portray the DC Comics superhero - which was most recently portrayed by Gal Gadot in the titular 2017 movie - because she "waited too long".

She told reporters on the red carpet at the 2020 Screen Actors Guild (SAG) Awards at Los Angeles' Shrine Auditorium on Sunday (01.19.20) "I wanted to be Wonder Woman, but I waited too long."

The 50-year-old star won Outstanding Female Actor in a Drama Series for her part as New York news anchor Alex Levy at the star-studded ceremony, and admitted she currently feels like she is hitting a "creative stride" and has a "new love" for acting.

She continued: "I don't know. I have a lot to do. I really, honestly, feel that I'm just kicking into a creative stride.

"I've just discovered a new love of this in a new way that I didn't know that I had before so I almost have new eyes that I'm seeing what it is that I do as an actor."

The 'Along Came Polly' actress also admitted she wants to return to comedy.

She added: "I want to do more comedies.

"I want to have some laughter."

Speaking of her SAG win, she concluded: "I'm shrieking. I did not see this coming at all so it's very exciting. I'm overwhelmed."

Jennifer also admitted she "did not expect" to triumph ahead of 'The Crown' stars Helena Bonham Carter and Olivia Colman, Jodie Comer ('Killing Eve') and Elisabeth Moss ('The Handmaid's Tale').

She told E! News afterward collecting her accolade: "I'm just shaking. I did not expect that. I'm very excited."

And Jennifer joked about the benefits of winning thanks to the weighty Actor statuette.

She quipped: "And now I'm getting a really good workout in!"