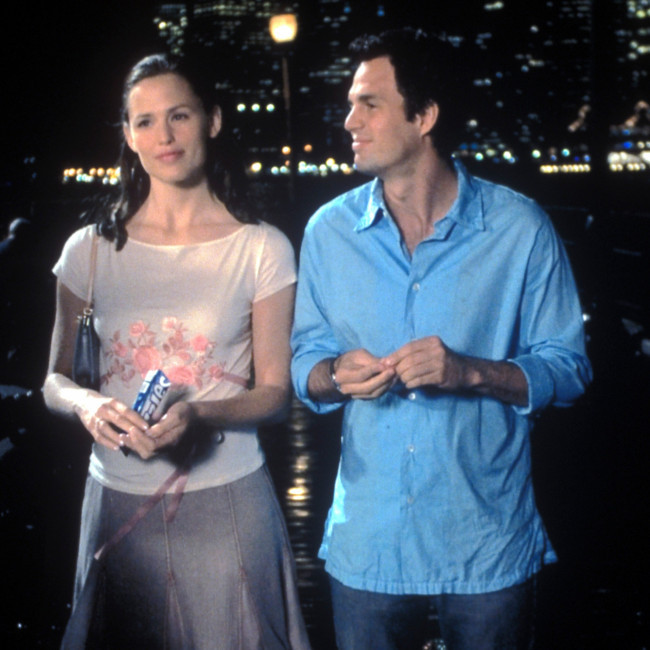 The pair play teenage pals Jenna Rink and Matt 'Matty' Flamhaff in the 2004 fantasy rom-com, and there is one scene where the cast members perform a dance to Michael Jackson's 'Thriller'.

Ruffalo is not a natural dancer, and, according to Garner, "hated" the rehearsals and came close to giving up his role.

Speaking on theSkimm’s 'Texting With' digital series, Garner recalled: “We started to learn the dance.

“Our first rehearsal I think it was like Mark [Ruffalo], Judy [Greer], and me, and Judy and I were both dancers growing up, and poor Mark didn’t know that and he came in and he hated the rehearsal process so much he almost dropped out of the movie."

Meanwhile, Garner, 48, and Ruffalo, 53, have reunited on a new movie called 'The Adam Project'.

The flick just wrapped filming and the pair play the parents of Ryan Reynolds' character, a man who travels back in time to get help from his 13-year-old self.

And Garner admitted it was "wonderful" being on set with Ruffalo again.

She gushed recently: “It was wonderful. We were playing a married couple and we just had this instant comfort and obviously there’s just such a connection and a warmth.

“It was actually a really beautiful experience to revisit that relationship.”

Ruffalo has enjoyed a varied career on screen, alternating between his role as the Hulk in the Marvel Cinematic Universe and dramas such as 'Dark Waters' and previously revealed that he hopes to surprise people with his on-screen characters.

He said "I want to be the kind of artist who can't be labeled, who surprises people and surprises myself, and sometimes f**** it up and, sometimes, makes it work."