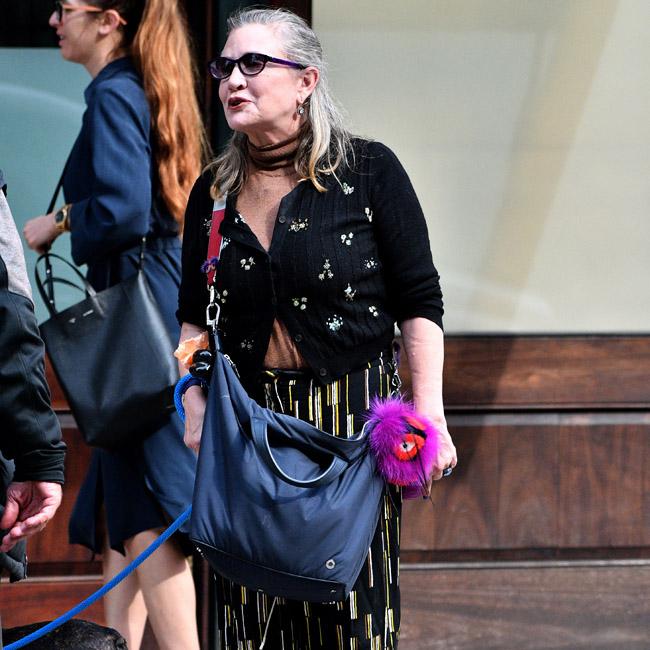 J.J. Abrams knew it would be a "disaster" to use CG technology to feature the late Carrie Fisher in 'Star Wars: Rise of Skywalker'.

The veteran actress' alter ego, General Leia, was due to take centre stage in the final instalment of the sci-fi saga but sadly passed away in December 2016 and the filmmaker ultimately used unused footage from earlier movies to cover her absence after rejecting other ideas from film bosses, including a mooted recast.

"You couldn't do a thing where you're saying, 'Leia's off somewhere and she just reported in.'

"We looked at every version like, 'She passed away between the movies', 'She's off talking to...' whoever. Nothing worked.

"So we started looking at some footage from ['Episode VI'] 'The Force Awakens' that we hadn't used.

"I knew a CG Carrie would have been a disaster and I knew, even if it looked great, it would just feel wrong."

The filmmaker insisted he didn't use particularly cutting edge technology to conceal Carrie's absence from the shoot.

He continued to SciFiNow magazine: "We started to do some tests and it became clear we could [create new scenes from cut footage].

"When you're doing reshoots and stuff, a lot of times the actor's not available and so weirdly it's not like these are brand-new techniques. Some of them are very low tech."

New scenes were then written which kept the dialogue the same on Leia's side, while the other character's filming had to perfectly match the lighting, camera angles and lenses, and the director was particularly pleased with Daisy Ridley's work as Rey.

He said: "A couple of scenes with Daisy [are] extraordinary, she's incredible, but she was doing scenes with Leia 100%. It was really amazing to watch."