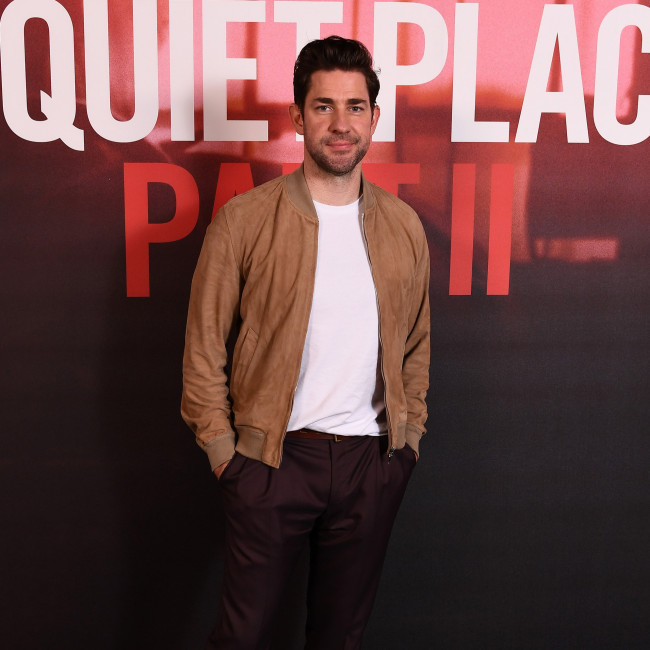 John Krasinski admits to being 'emotionally manipulative' as a screenwriter

John Krasinski thinks being "emotionally manipulative" is key to screenwriting.

The 41-year-old star directed, co-produced, and wrote 'A Quiet Place Part II', and John relishes the chance to toy with the emotions of fans.

Speaking about some of the subtle hints in his films, he told Empire: "If you hammer people on the head and they see it coming, then they're gonna be looking for it. But if you subconsciously incept them - as Chris Nolan has taught us - if you can incept them ... then that's the most fun.

"And yeah, it's slightly emotionally manipulative because I'm definitely setting you up just to rip your heart out later, but it's my favorite part of film-making."

Last month, meanwhile, John joked he put his marriage "on the line" while shooting 'A Quiet Place Part II'.

The Hollywood star's wife Emily Blunt could barely believe what he was asking her to do on the set of their movie.

Speaking about one particular driving stunt, he shared: "Emily's [stunt] is so real. I think I put my marriage on the line when I put her in the car. That's true.

"Like when I was explaining to her on set all the things that were going to happen and I said, ‘You're going to hit this stunt man, that car is going to come three feet from you and then this bus is actually going to clock at 40 miles an hour,' her face fell and she went, ‘But not really.’ And I went, ‘No, no, the bus is coming at you at 40 miles.’

"That's a real bus, and that bus hits that car and all that is totally real."