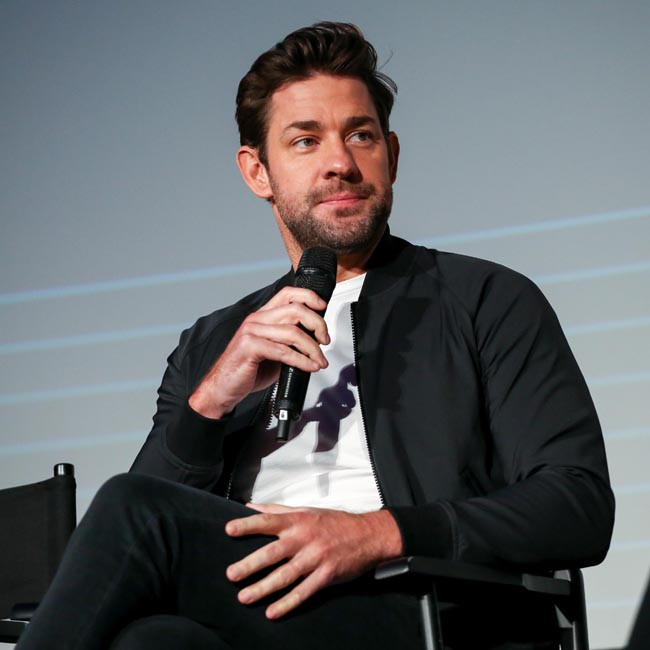 John Krasinski surprised the audience at a screening of 'A Quiet Place Part II'.

To mark the sequel to his 2018 horror flick - which he co-wrote, directed, and starred in alongside his wife Emily Blunt - hitting cinemas in the US, the 41-year-old filmmaker jumped on stage at the AMC in Miami this week.

Krasinski explained that he is "going around theaters all across the country, popping in like this to say, 'Thank you.'

He urged movie fans: "Come back to the theaters, let's watch movies together, let's be together. Let's do it."

The delayed flick was originally due to hit theaters in May 2020, but like most films it was setback due to the pandemic and the closure of cinemas.

The sequel follows the same family continuing their fight for survival outside of their hometown, and although Krasinski’s character died in the first movie, he will make an appearance in the sequel through flashback sequences.

Blunt is back as his wife Evelyn Abbott with Millicent Simmonds and Noah Jupe as their kids Regan and Marcus.

The first picture proved to be a cultural phenomenon with both critics and audiences, raking in over $340 million worldwide on a budget of less than $20 million, and nabbing an Oscar nomination for best sound editing.