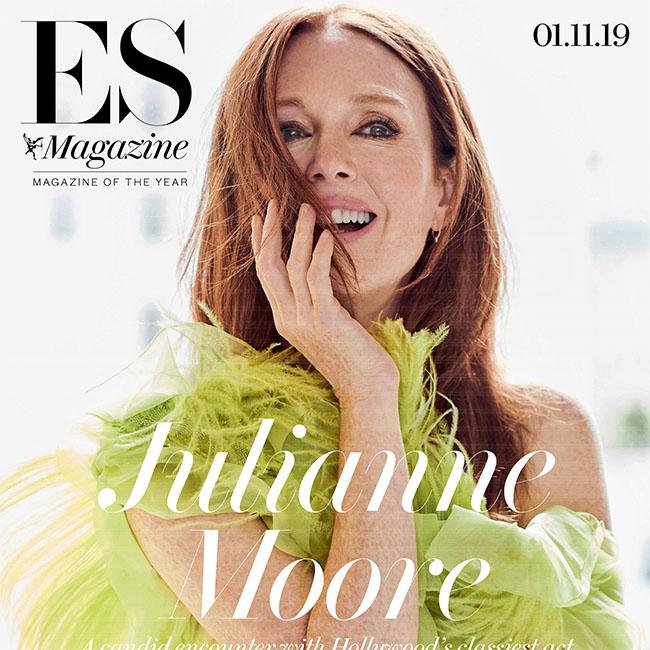 Julianne Moore "hated" shooting an intimate scene in front of her husband.

The Oscar-winning actress stars in 'After the Wedding' which is directed by her husband of 16 years Bart Freundlich and in one sequence she has to speak to her on-screen partner Billy Crudup whilst she is naked in the bath.

Moore admits she find the shoot very awkward as she was naked in front of another actor and her husband at the same time, although she admits she doesn't enjoy nude scenes at any time.

In an interview with the new issue of ES Magazine, she said: "I hated it! I was like, 'Why do you have to do this?' But I don't really like to do it with anybody."

The 58-year-old actress also admitted that Bart doesn't like seeing her in intimate scenes either.

She added: "He doesn't like seeing me do it in a movie either, but I think it's not as hard when it's his movie."

'After the Wedding' follows a charity worker Isabel, played by Michelle Williams, whose life is turned upside down when she asks Moore's character, philanthropist Theresa Young, to invest in her organisation.

The role appealed to Moore as she wanted to challenge the "mythology" regarding successful women as she believes that they are often portrayed on screen as not being able to have a successful career as well as a stable family life.

She said: "Theresa's someone I've seen a lot of in real life. I've seen women who have built big lives for themselves - they have big careers, and they have families too. But I don't feel like that representation is out there.

"If you see a successful woman in a movie, she never has a family. Why do we continue to perpetrate that mythology that it's not possible? That somehow if you've managed to become the boss you can't have any kids too?"

Although Moore - who has two children, Caleb, 21, and Liv, 17, with husband Bart - does admit that she has found it challenging juggling her career and personal life over the years and as a woman you have to split your time between your professional and personal lives as best you can.

She said: "You have to invest, if that's something you want. Life is finite. This idea that you can whatever you want at whatever time, it's not true."