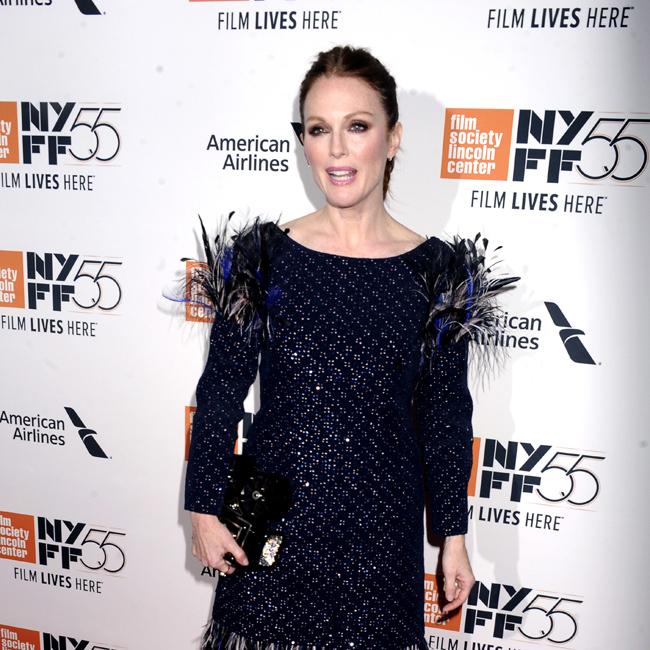 Julianne Moore is set to star in Jesse Eisenberg's new movie 'When You Finish Saving The World'.

The 59-year-old star and 'Stranger Things' actor Finn Wolfhard have joined the cast of the comedy-drama film, which has been written by Eisenberg and he will also direct the motion picture.

According to Deadline, Emma Stone is to co-produce the film alongside Moore, and Dave McCary, but plot details are not yet known.

Eisenberg is planning to release an audiobook of the same name, but it is said the story will be different to the movie.

Wolfhard will also lend his voice to the six-part Audible Original, which will tell the story of three family members, dad Nathan, college student Rachel, and teenager Ziggy.

The news comes after Eisenberg recently revealed he has never seen a superhero movie, a James Bond film, or a 'Star Wars' or 'Star Trek' film.

The 36-year-old star - who has appeared in the likes of 'The Social Network' and 'Zombieland' - said: "I've never seen a superhero movie or a James Bond movie or a 'Star Trek' or 'Star Wars' movie.

His latest role in new movie 'Vivarium' sees him play one half of a couple who become caught in a labyrinth-like array of houses during a property viewing, and he admitted there is "something slightly appealing" about being stuck in a different world.

He added: "There is a slightly bright side to the movie.