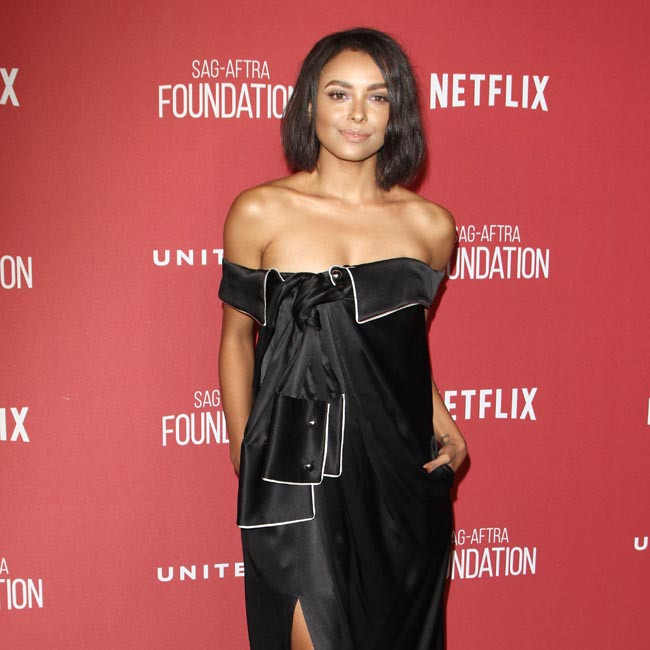 Kat Graham: Hollywood stars have a disease to please

Kat Graham thinks Hollywood stars have a "disease to please".

The 31-year-old actress thinks a lot of movie stars are willing to dilute their real-life personalities in order to secure roles and progress their careers.

She explained: "A lot of us, especially if you’re an actress or you’re in entertainment, you kind of almost have this disease to please because there’s so much rejection in Hollywood.

"When you finally do get that role or you are able to be a part of a project, you just don’t want to ruffle any feathers."

Kat thinks it's particularly hard for stars from minority groups to make their voices heard.

She told Collider: "Especially if you are the only one of your kind - if you are the only black person or the Asian person or LGBTQIA character, you really want to sometimes fall in line and I think that there’s a way to be respectful but also challenge something stylistically [and] visually that might, in a way, elevate people’s consciousness or their awareness."

The 'Operation Christmas Drop' star insists that these conversations "need to be had".

She explained: "I think that there are times where characters call for straight hair or curly hair or an afro or I want to wear my hair in curls, or whatever it is, but these have to be honest conversations about why executives or writers are making certain decisions for characters and I’m now more comfortable having uncomfortable conversations because they need to be had.