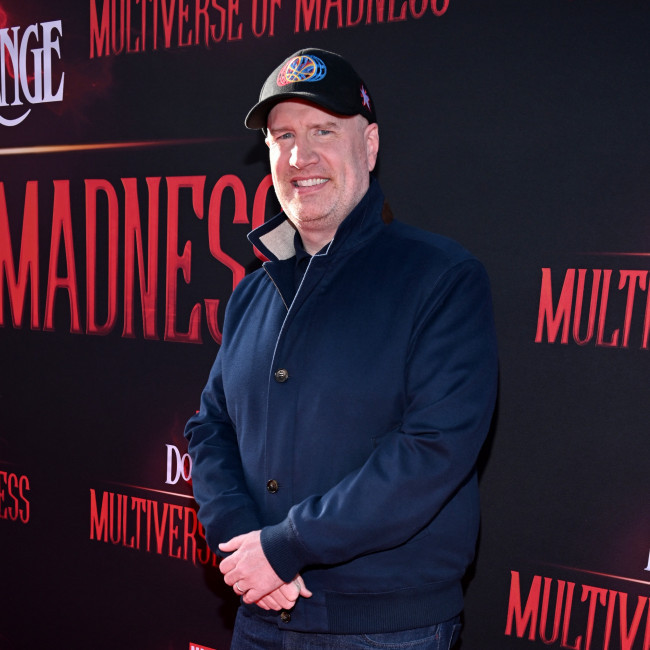 The 'La La Land' actor has revealed that he is hoping to play Ghost Rider in a future Marvel blockbuster and the Marvel chief would welcome the star because of his huge appeal.

"Gosling's unbelievable. Ryan is amazing... I'd love to find a place for him in the MCU. He's dressed up as Ken on Venice Beach and gets more press than giant movies coming out that weekend. It's amazing."

'Ghost Rider' was turned into a film back in 2007 with Nicolas Cage in the lead role and a sequel 'Ghost Rider: Spirit of Vengeance' followed five years later. The first movie co-starred Gosling's partner Eva Mendes.

Ryan is rumoured to have been courted by the MCU to play the superhero Nova but he shut down the suggestions.

The 41-year-old star said: "I don't know anything about Nova, if that's what you're going to ask me."

When quizzed on how many comic book roles he's turned down, Ryan replied: "It doesn't matter. It wasn't right for it. But I would love to do it."

Ryan has been cast as Ken in the upcoming 'Barbie' movie and revealed that he is going through a tougher time than his 'The Gray Man' spy character as he has no money or home.

He said: "That Ken life is even harder than the 'Gray Man' life, I think.