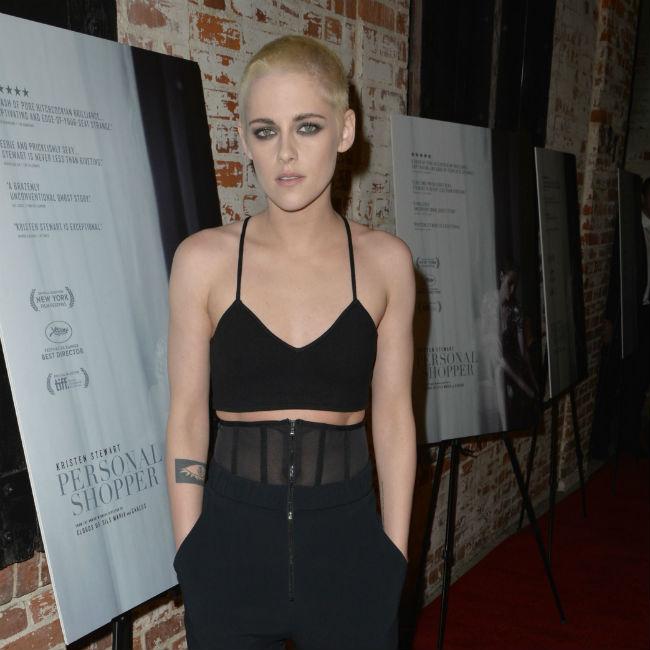 Kirsten Stewart: Underwater gave me an excuse to shave my head

Kristen Stewart was pleased that 'Underwater' gave her the "perfect excuse" to shave her hair.

The 'Twilight' star chopped off her locks for her role as Norah Price in the sci-fi horror film and admits and once she knew she'd be getting wet in a lot of scenes she decided the time was right to hack off locks.

In an interview with HeyUGuys.com, Kristen said: "Practically speaking, getting in and out of that suit six or seven times a day, it takes 15 minutes to get in and out. Then I would have had to brush my hairs back, so I was just like 'no hair'.

"Then I thought it would be a great excuse to shave my hair off which I had never done before."

Kristen also admitting that the buzz cut reflected the mood of her on-screen character.

She explained: "My character is kind of inaccessible and halfway through the movie you learn she is not treating herself very well because she is in the middle of the grieving process."

The 29-year-old actress also opened up on the challenges of shooting the movie, which tells the story of a crew of underwater researchers who have to try and reach the surface after an earthquake destroys their laboratory.

Their attempts to make it back to dry land are stopped by a mysterious monster they encounter under the waves.

Kristen said: "I was so terrified about the prospect of getting into a suit and submerging myself. It's really loud in the suits and hard to breathe. I'm really claustrophobic and I would rather do anything but that.

"It was either really freezing or really hot. The whole movie is really uncomfortable, super legit, we were all dying.

"My character starts off with nothing to lose, but that lack of emotion propels her to a point where she realizes how silly it is to think there isn't something to hold on to, especially with her life in danger.

"The urgency of how great it is to be human strikes her."