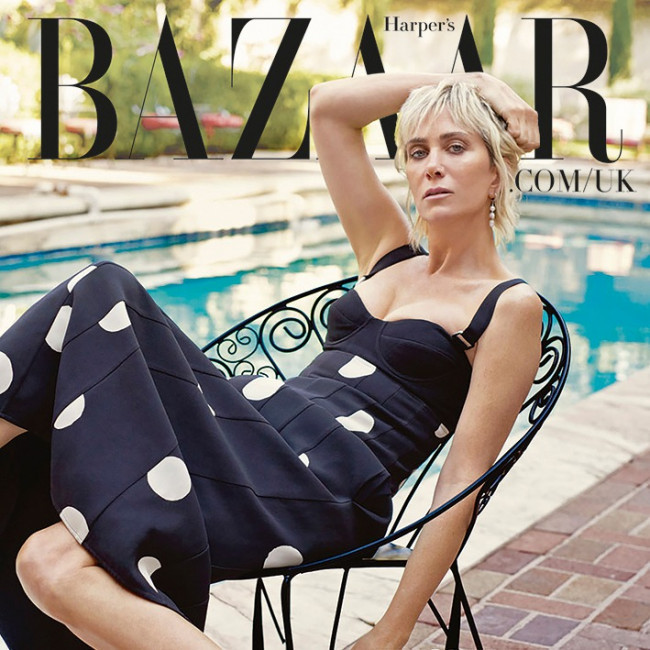 The 47-year-old actress - who plays Barbara Minerva and her alter ego Cheetah in the highly anticipated sequel - admitted she was nervous because of the success of the first blockbuster, which starred Gal Gadot in the title role alongside Chris Pine (Steve Trevor) and was directed by Patty Jenkins.

Speaking to Gadot for Harper’s Bazaar UK online, she said: "I was scared. Whenever you go into something that’s already established, and you and Patty are so close…

"Chris obviously was in the first one, Pedro [Pascal] and I felt like the new ones. That lasted for a day.”

The 'How To Train Your Dragon' star is a big fan of the 2017 'Wonder Woman' movie, and she was delighted to be approached for the follow-up.

She added: "I loved the first one so much, and it was just a dream for me to pack up my stuff and go to London for eight months and know that I was working on this movie, it was such a life-career dream for me.

"I was also nervous about it all too because it’s such a big world that I was stepping into and you guys had already established such a great character and tone, the stories of Wonder Woman.

"I just thought, ‘Oh my gosh, I’m going to be in this movie and there are so many fans. It was so nerve-wracking.”

And when Wiig first got the offer, she had to keep tight lipped and sign a non-disclosure agreement to even get a meeting about the project.

"I was like, ‘Is it 'Wonder Woman'?’ I had to sign an NDA to even talk to Patty. I had to fly to London to do a camera test and read for the part, but I couldn’t tell anyone, and I was so paranoid about it.

"I went by the rules, and was like, ‘I’m going to London for a thing and I can’t talk about it and I’ll be back in a few days.’ I thought the Warner Brothers police would come knocking on my door.”