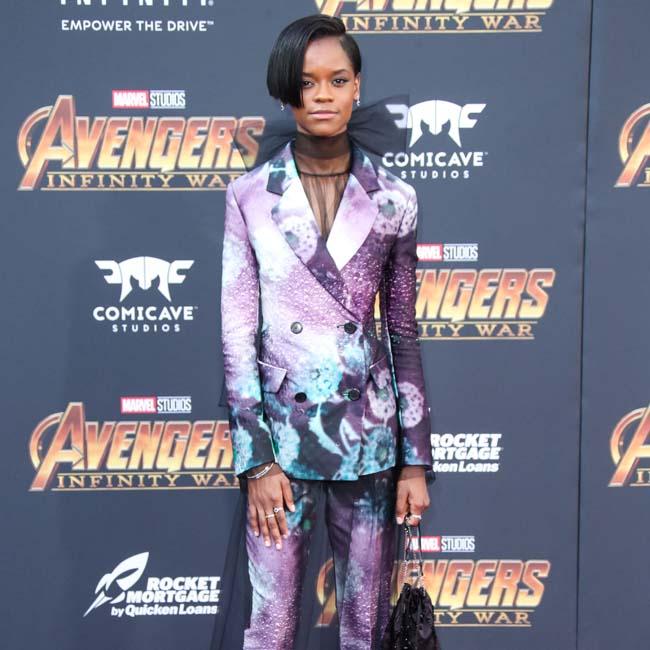 Letitia Wright to star in The Silent Twins

Letitia Wright is to lead the cast of 'The Silent Twins'.

The 'Black Panther' star will appear in the thriller, which is based on the true story of June and Jennifer Gibbons. They became known as The Silent Twins as they refused to communicate with anyone but each other.

June and Jennifer - who were originally from Barbados but grew up in Wales - ended up in high security institution Broadmoor Hospital after they turned to crime.

The twins spent 11 years in Broadmoor - which has housed notorious criminals such as London gangster Ronnie Kray and Peter Sutcliffe, the serial killer known as the 'Yorkshire Ripper' - where they were studied by doctors and psychologists, but the pair would still only communicate with each other.

They had an agreement that if one of them died, the other should begin to speak and to live a normal life. Jennifer passed away in mysterious circumstances in 1993 after a sudden inflammation of the heart, despite there being no evidence of drugs in her system.

June now lives near her parents in Wales and is no longer monitored by psychiatric services.

Letitia is joined in the cast by Tamara Lawrence, who has starred in 'The Long Song'.

The 26-year-old actress won an Emmy for her role in 'Black Mirror' and is set to appear in Sir Kenneth Branagh's 'Death On The Nile' and will play the female lead in Sir Steve McQueen's television adaption of 'Small Axe'.

The project will be helmed by Polish filmmaker Agnieszka Smoczynska in her English-language debut. It is being produced by Anita Gou, Ben Pugh, Joshua Horsfield and Klaudia Smieja-Rostworoska.

The script has been written by Andrea Seigel and is based on 'The Silent Twins', a book by investigative journalist Marjorie Wallace.

The drama will begin shooting in April, but it is not the first time the story has been covered on-screen.

The twins were the subject of a 1986 documentary, as well as a follow up in 1994, called 'Silent Twin - Without my Shadow' after Jennifer's death.