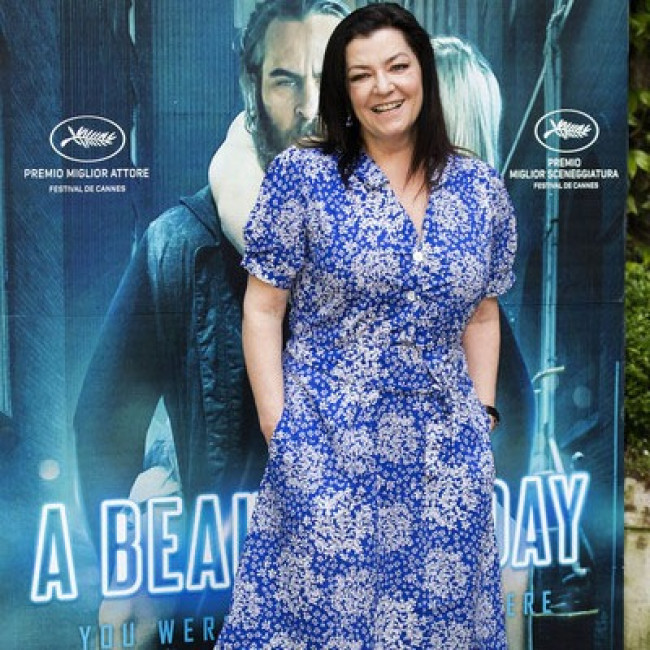 The 50-year-old filmmaker is attached to helm the horror flick, based on King's 1999 novel of the same name.

The plot centers on a young girl named Trisha McFarland who gets lost while hiking with her mother and brother in the woods.

Nine years old and frightened of the dark, she winds up stumbling through the woods for days, wandering further and further from civilization even as she tries to make her way back home.

As she walks, dehydration, hunger and exhaustion cause her to hallucinate, making her talk to her idol – a baseball player named Tom Gordon. But she also begins to believe that she's being stalked by a supernatural beast, and soon her ordeal becomes a test of both her sanity and her ability to fight for her life.

Christine Romero, the former wife of the late horror director George A. Romero, is producing with Roy Lee of Vertigo Films.

Christy Hall has penned the script with Ramsay and the flick is expected to begin shooting next year.

Lynne is not the only director bringing King to the big screen as Mike Flanagan is set to helm 'Revival' – his third movie take on a story by the iconic author after 'Gerald's Game' and 'Doctor Sleep'. Flanagan has claimed that the project will be "relentlessly dark and cynical".

He said: "What I love about it is it's a return to cosmic horror, which I think is so fun.

"It is relentlessly dark and cynical and I'm enjoying the hell out of that. I think a lot of King's work is like this, too, there's a safety in the sentimental kind of approach to a lot of those stories, and this is just bleak and mean and I like it for that. I haven't gotten to end a movie that way since 'Absentia', maybe? Maybe 'Ouija'?"