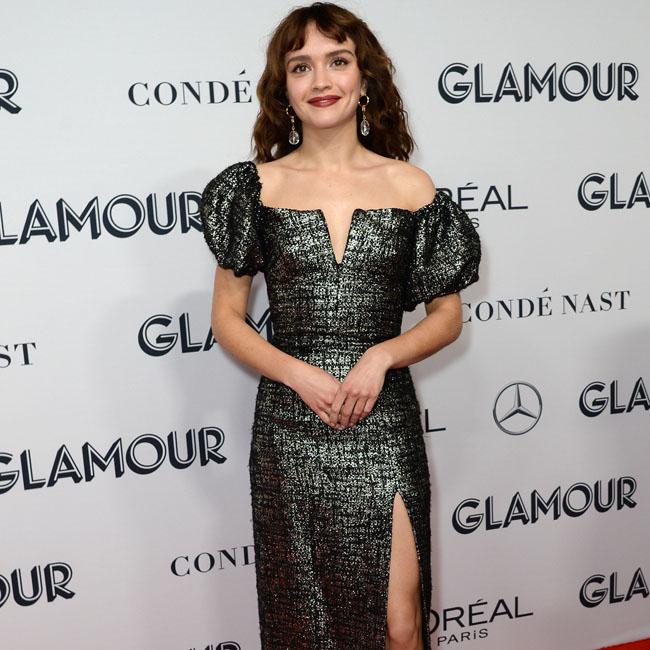 The 26-year-old actress plays the titular character in Barnaby Thompson's dark comedy, which also features Ben Hardy and Alec Baldwin. She has the only major female role in the flick, but was unconcerned as she feels acting is a "bit of a boys' club".

She told Baz Bamigboye's column in the Daily Mail newspaper: "Ever since I started work, it's been a bit of a boys' club."

Olivia admits that she was comfortable working with the men and that the filmmaker had told her she was "scary".

The 'Ready Player One' star explained: "I've inherently just been able to combat that quite easily, to the point where the director, Barnaby, said to me: 'You're a bit scary, Olivia.' And I was like: 'OK'.

"Boys are easy to get onside most of the time."

Olivia stars in the film - which is set to be released next month - as Pixie, a young woman from Ireland who is on the run from a number of people after a heist goes wrong.

Barnaby revealed that he cast Cooke in the lead role because she has an "endearing cheekiness" and explained how the actress found "hot spots" for the cast and crew to socialise during shooting in Belfast.

Olivia joked: "That's a reputation, isn't it? We were all away from home... it's nice to break bread at the end of the day. I think maybe, much like my character, I have to find a bit of lightness wherever I can."

The star puts her knack for comedy down to her upbringing, as all of her friends "were so funny".

She said: "All my best friends, who I grew up with, are so funny; and they're a little bit older than me; so I feel like I copied their personality and made it my own as well."