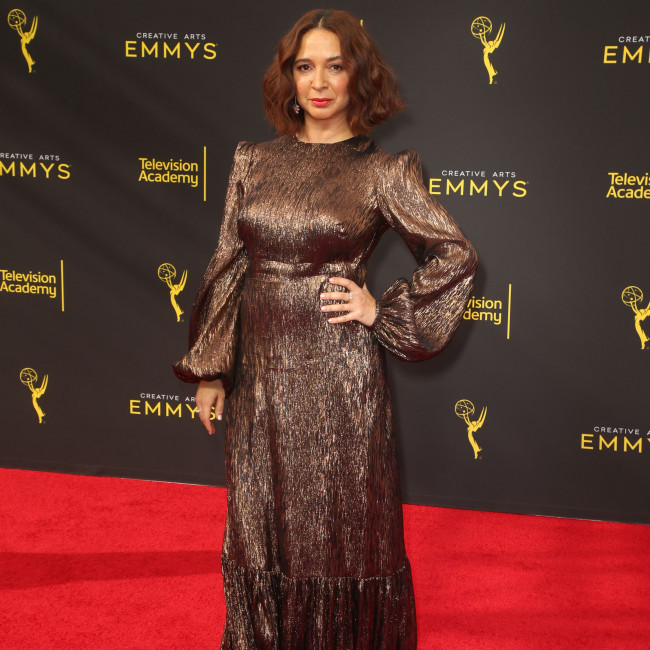 Maya Rudolph accidentally approached George Clooney like "an old friend" the first time they met at the Oscars.

The 'Grown Ups' actress - who had never crossed paths with the Hollywood star before that night early in her career, and he played it off brilliantly.

She told Empire magazine: "The first time I Went to the Oscars, when we walked into the theatre, I saw George Clooney in front of me - and I put my arms open wide like I was seeing an old friend, thinking in my mind that I knew him.

"Him being the gentleman that he is, he got right up, put a big smile on his face and opened his arms.

"As I'm walking over to hug him, I'm thinking, 'Wow, I used to work with this guy. It's so nice to see him!' - and as my arms were coming around his back, I realised I'd never met this person in my life."

Rather than knock her back, Rudolph explained how Clooney "just welcomed [her]" and let it happen.

She added: "I'd never experienced that before. I genuinely lost my mind for a moment. Poor guy.

"God bless him, he just welcomed me with open arms and enveloped me. I will forever love him for that. That's real star quality. I was in a trance."

The 48-year-old star also reflected on her very first role in a school play, and admitted her acting career had humble beginnings.

She said: "I was a maid. It was a Japanese folktalke called 'The Nightingale'. I think I did a lot of giggling. I probably had a couple of lines.

"I'll be honest with you, when you're told you're the maid, you're not seeing your name in neon lights just yet."