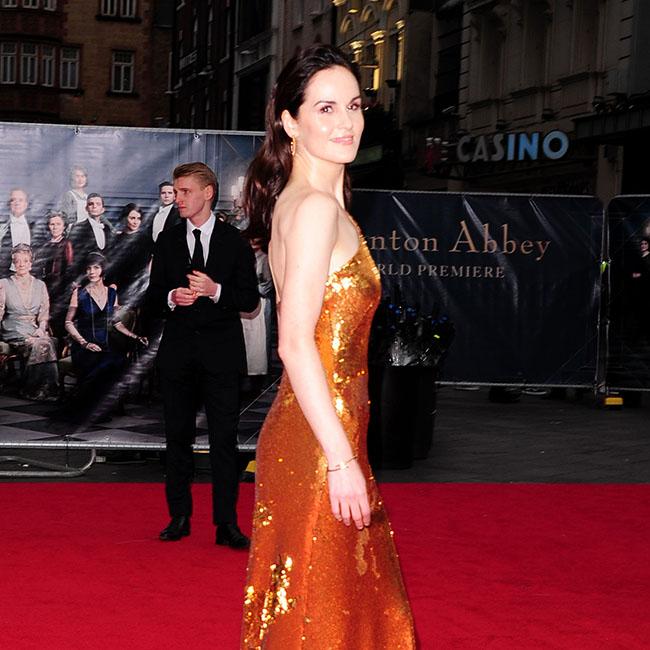 Michelle Dockery found it "quite emotional" returning to 'Downton Abbey'.

The 37-year-old actress has reprised her role as Lady Mary Crawley in the upcoming movie and was delighted to return to a character she has such "fondness" for.

She told Britain's OK! magazine: "It was quite emotional, but we had a good amount of time between finishing the series and going back for the film.

"I've got a real fondness for Mary. Before the 'Downton' film I'd been playing American roles so it was funny to be playing someone British again and I slipped back into Mary's shoes very quickly."

With the movie centers around a royal visit to the Crawley family, Michelle thought it couldn't be "more perfect".

She said: "I thought, we're combining the Crawley family with a visit from the royal family. This couldn't be more perfect!

"The royal visit is very exciting for everyone above and below stairs. And, of course, there's lots of drama around it. It's interesting to see the Crawleys not being at the helm for a change."

The actress credits her alter ego for developing her knowledge of fashion.

She said: "Playing Mary really opened my eyes to style and fashion because there was such an interest in what we were wearing.

"Ralph Lauren once had a whole show of models as characters from 'Downton Abbey'.

"I also took Mary's confidence and her strength as a woman and her manners and etiquette skills. I mean, my parents brought me up with good manners - but I was introduced to a whole new world with 'Downton'."