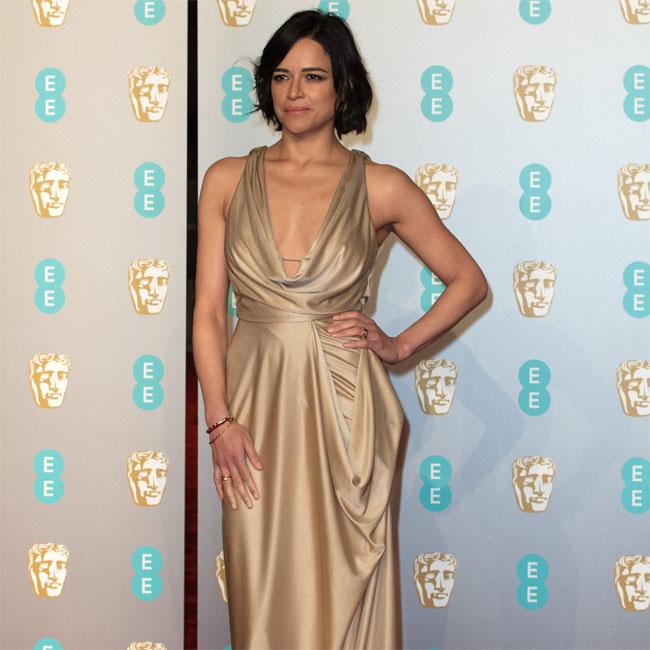 The 'Fast & Furious' star wants to follow in the footsteps of her co-star Dwayne Johnson - who is going to play Black Adam - and join the DC Extended Universe as Gotham City burglar Selina Kyle in the future.

Speaking to MTV International, she said: "I would love to be a superhero. I think DC has my favorite superhero, which is Catwoman.

"I like her because she's bad and good and I'm in the middle when it comes to being good. I'm pretty bad and good so I would go the DC route 'cause there aren't a lot of really great female superheroes in general and so I need a little edge or I can't play and so Catwoman I think is my favorite."

However, Michelle looks to have a long wait to land the role as Zoe Kravitz will be slipping into the catsuit for the role in Matt Reeves' upcoming 'The Batman', which stars Robert Pattinson as The Dark Knight.

The 41-year-old actress, who plays the role of Letty Oritz in the 'Fast & Furious' franchise, has previously discussed the importance of a female influence on each movie, revealing that she only returned for the latest instalment after a female writer joined the project.

Last year, she said: "I felt like there was not enough of a female voice in the franchise. You should evolve with the times, not just pander to certain demographics that are stuck in the past."

Michelle also threatened to leave the franchise, as she posted on social media criticizing the role of women in the series following the DVD release of 'The Fate of the Furious'.

In an Instagram post, she wrote: "F8 is out digitally today, I hope they decided to show some love to the women of the franchise on the next one. Or I might just have to say goodbye to a loved franchise. It's been a good ride (and) I'm grateful for the opportunity the fans (and) studio have provided over the years."

Vin Diesel, who plays the role of Dominic Toretto, confirmed that he has been working on a female-led 'Fast' spin-off.

He said: "I've created a female spinoff. And that script comes in next month, so we will see."