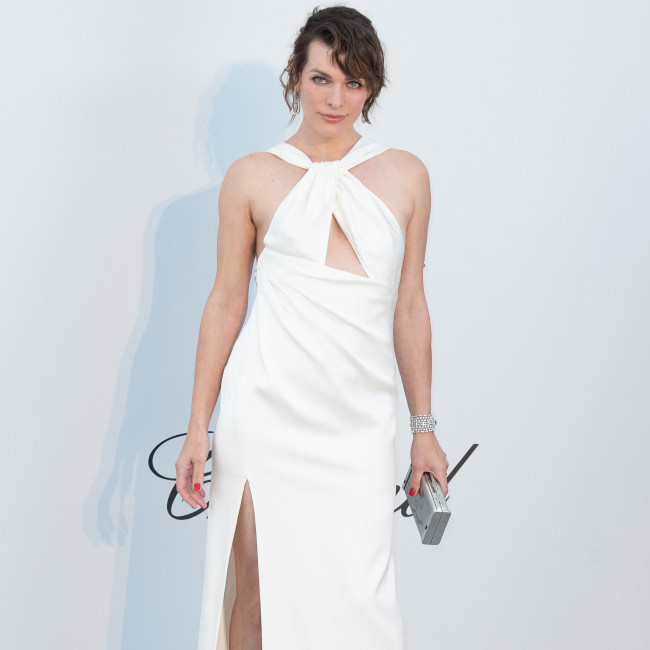 Milla Jovovich wasn't convinced about starring in 'Monster Hunter' because it was another video game adaptation.

The 45-year-old actress stars in the film written and directed by her husband Paul W.S. Anderson in the flick based on the game series of the same name but admitted she was unsure about taking on the movie after appearing in the franchise based on the 'Resident Evil' games.

Milla said: "I was like, 'Oh, my God, you have to be kidding me! Like, I just wrapped up 'Resident Evil'. We were killing zombies and now the next thing you want to do together is you want me to kill monsters? Give me a break."

The star portrays US Army Ranger Captain Natalie Artemis in the flick and admits that she couldn't turn down the chance to play a soldier on the big screen.

Milla told Variety: "I couldn't miss the chance to play a soldier. I've always had a lot of respect for the military and have always said if I wasn't an actress, I might have ended up in the military because I come from a military family.

"A lot of my family in former Yugoslavia and in Russia were all in the military family."

Anderson revealed that the shoot in the African desert was the most challenging shoot of his career and explained how his wife went above and beyond in her performance.

The 55-year-old filmmaker said: "(Milla) ended up with sunburned eyeballs by the end of the movie, which I didn't even know that was a thing.

"But the whites of our eyes get burned because you can't put sunscreen on your eyeballs, (but) she was out there every single day delivering for us."

Behind our world, there is another: a world of dangerous and powerful monsters that rule their domain with deadly ferocity. When Lt. Artemis (Milla Jovovich) and her elite unit are transported through a portal from our world to a new world, they are in for the shock of their lives. In her desperate attempt to get home, the brave lieutenant encounters a mysterious hunter (Tony Jaa), whose unique skills have allowed him to survive in this hostile land. Faced with relentless and terrifying attacks from the monsters, the warriors team up to fight back and find a way home. ...