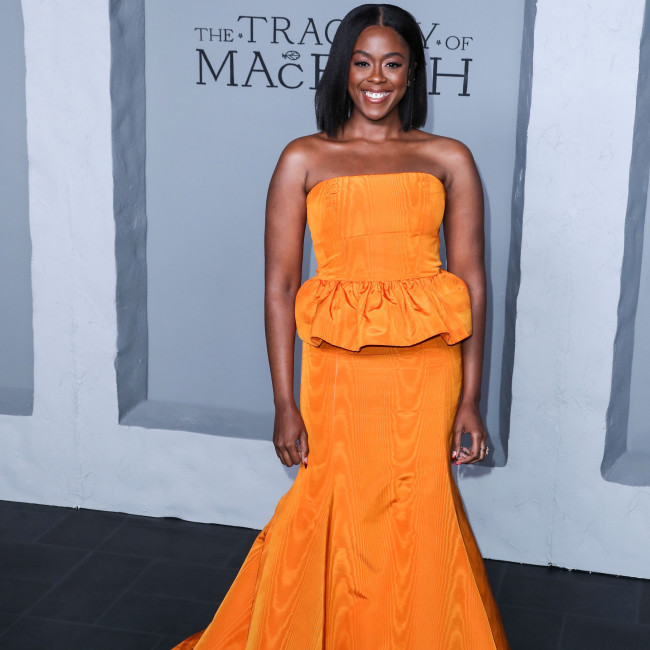 Moses Ingram has praised the diverse cast in 'The Tragedy of Macbeth'.

The 'Queen's Gambit' actress portrays Lady Macduff in Joel Coen's new take on the William Shakespeare play and felt that the inclusion of a number of black stars makes the flick particularly "timely" and feels that the story has become more accessible for audiences as a result.

Speaking to Variety at the LA premiere of the movie, Moses said: "I remember feeling that Shakespeare wasn't for me, for somebody who looked like me.

"But I think it's important to see people of all ages in different colours tapping into the stories that look like the world that we live in. If we can get past the barrier of the language, we'll find that a lot of it is very timely."

Her co-star Corey Hawkins, who plays Macduff, added: "When's the last time you've seen it? The fact that we are here, says without saying, we have just as much ownership of (Shakespeare) as anybody else. So, the question is just, 'Why not?' We are capable. This language and this story belongs to us as well."

The movie features Denzel Washington and Frances McDormand as the tragic Lord and Lady Macbeth and fellow cast member Sean Patrick Thomas - who plays Scottish nobleman Monteith - relished the chance to work with the 'Training Day' star, 25 years after featuring in 'Courage Under Fire' with him.

The 51-year-old star said: "The first movie I ever did was with Denzel. I had no idea what I was doing and I remember sitting there watching him and learning from him then.

"And now, I feel pretty much the exact same way. Even though I've developed so much more in my craft since then. I think it's a testament to his greatness, that I'm still sitting there watching him twenty-something years later."