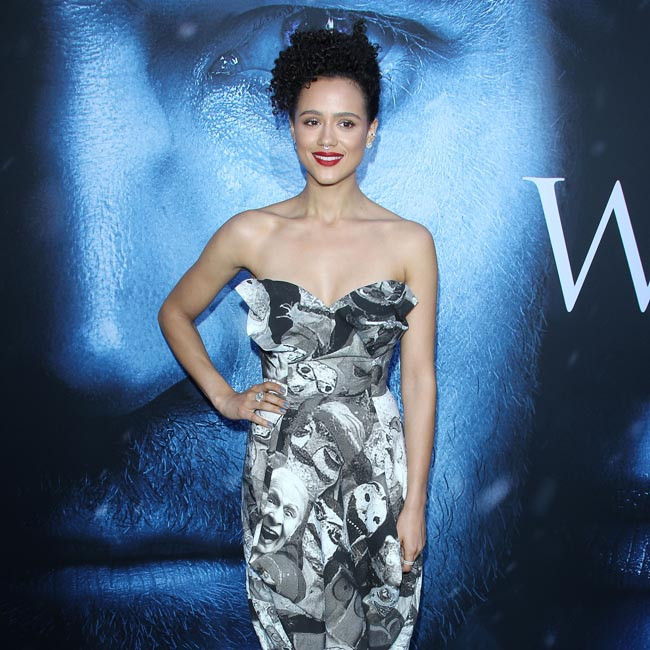 Nathalie Emmanuel 'always wanted to star in a horror movie'

Nathalie Emmanuel has always been "eager" to star in a horror movie.

The 33-year-old actress plays a starring role in 'The Invitation' - a new gothic horror movie - and Nathalie admits that it's something she's been keen to do for years.

She shared: "I've always been really interested in trying my hand at all kinds of genres. It was something I hadn’t done before and I was so eager to try."

The movie was shot in Budapest and Nathalie admits that she found it to be an exhausting experience.

She told Harper's Bazaar magazine: "I mean, practically, playing sheer terror and trauma is very, very tiring. It’s a useful sensation though, because though you feel like there's nothing left; you have to keep pushing through. And that's true of when you're a character trying to survive a horror!"

'The Invitation' centers on the issues of power structures and oppression, and Nathalie also relished the experience of working with director Jessica M Thompson.

The actress felt like she could relate to the film and its themes, too.

Nathalie - who previously starred in 'Game of Thrones' - shared: "I was taken with how the script looked at race, power and class and how all of those things intersect.

"These people are at the of top of that power structure, being very wealthy, being white, being mostly men. Evie, being a biracial working-class woman, is immediately placed in a situation where she is ill at ease.

"For me, as a woman of colour, who also didn't come from wealth, I immediately connected with that, and used how I navigate spaces that weren't necessarily made, or designed for me, to get into the role."