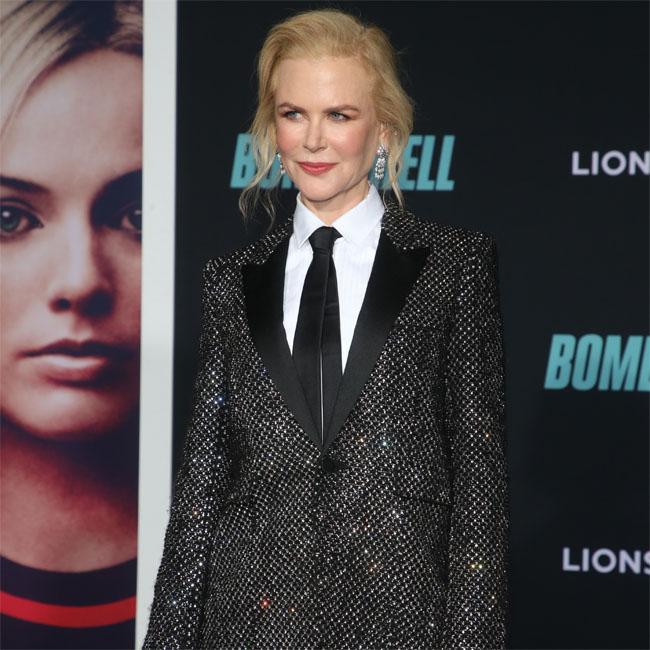 Nicole Kidman asked Meryl Streep for advice before accepting a role in 'Bombshell'.

Nicole, 52, plays newscaster Gretchen Carlson in the biographical drama which tells the story of how women at Fox News set out to expose CEO Roger Ailes for sexual harassment.

Nicole spoke to her 'Big Little Lies' co-star Meryl, 70, before signing up to the project because she wanted to discuss her concerns about her suitability for the part and project.

In an interview with the Las Vegas Review-Journal newspaper, Nicole revealed: "I said to Meryl, 'I can think of 10 other actresses that would be better.' It's this thing I always do. But Meryl jumped in there and said, 'Absolutely. You should absolutely do it.' She said, 'You need to be a part of something that marks a time in history.' That was the moment when I said, 'Yeah, that's so right.' "

Nicole she was drawn to 'Bombshell', which also stars Margot Robbie and Charlize Theron, because it is "such an important story" in modern times, especially against the backdrop of the #MeToo and Time's Up movements.

Nicole said: "It's such an important story. For me, it's about the misuse of power and abuse. These women were able to stand up and speak out. They actually instigated a massive change.

"Even though these are very complicated issues that we're dealing with, I think we do so in Bombshell in a really entertaining way, an accessible way and a way that is visceral. And it's all told from a female point of view."

The 'Lion' star was full of praise for her castmates, describing how she was desperate to work with both Charlize, 44, and Margot, 29.

"Connie Britton (as Beth Ailes) is in the film and she's a good friend, and I love Allison Janney (as Susan Estrich). And then you have John Lithgow. This combination is really amazing."