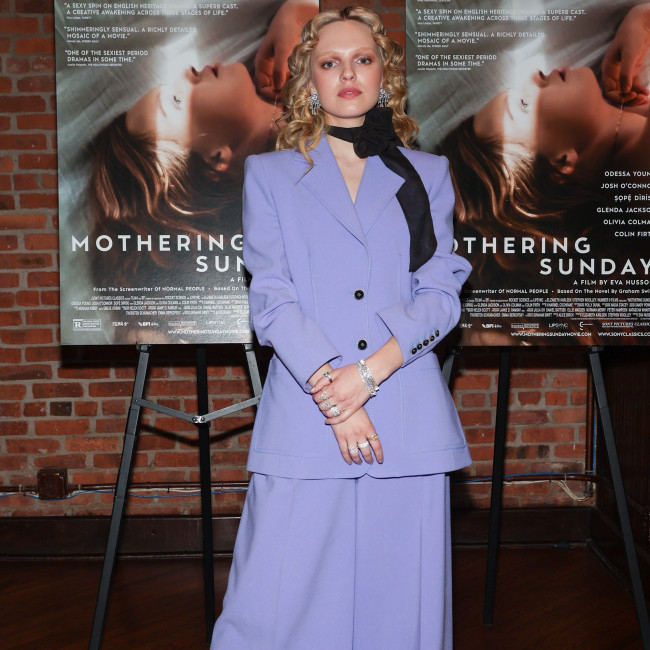 Odessa Young was comfortable with the nudity required in 'Mothering Sunday'.

The 24-year-old star portrays Jane Fairchild in the romantic drama and has a lengthy nude scene in the flick but was happy to do so as she treats her body like a "costume".

Odessa told The Hollywood Reporter: "No, there wasn't a body double. It's probably not so romantic for me to reveal this, but I could do it because I treated my body like a costume.

"I enjoy the challenge of those moments where you don't have to rely on written action or written dialogue."

Odessa stars in the picture alongside Josh O'Connor and Olivia Colman and revealed that she used the latter as a sounding board when it came to the nude scenes.

She recalled: "We shot the movie in the fall of 2020, during COVID. It was the first time I had really been around people. She had interesting reflections on the nudity as well, and her experiences kind of saying no to that. I definitely looked to her for comfort and for context."

Young also revealed that her trust in director Eva Husson was a key element in attracting her to the movie.

Asked what made her join the film, the 'Shirley' star said: "The script, trusting the director and feeling like it's something – not to sound so self-important – I can bring to (it) that maybe no one else can.

"In this case, it's always a challenge as an actress to not have too much dialogue. If I succeed in that challenge, I can bring authenticity to the experience of just watching someone go about their day-to-day business."