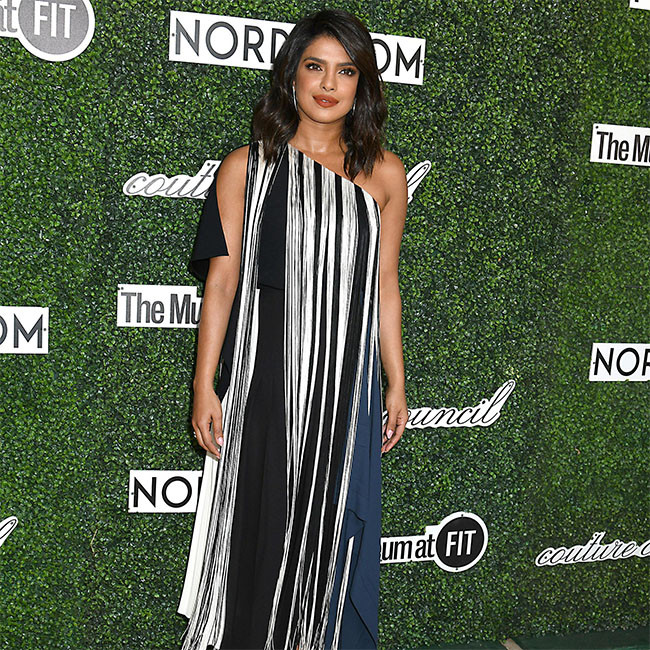 Priyanka Chopra Jonas hints at shock role in The Matrix 4

Priyanka Chopra Jonas has hinted that her role in 'The Matrix 4' is "something you don't expect".

The 38-year-old actress has been cast in the sci-fi action flick, which is set in a dystopian future in which machines have taken over the Earth, as an undisclosed character and revealed that audiences will be left surprised by her involvement in the movie.

Asked if she would be kicking people in the face in the film, Priyanka said: "No. I can't say much, but she's something you don't expect.

"What I can say is I finished filming and it was the first movie I did after lockdown and I've never felt safer on a set."

Priyanka is also starring in the Indian drama movie 'The White Tiger' as Pinky Madam and enjoyed not being "bogged down" into the role.

She told Variety: "'The White Tiger' was something that I was craving. I'm very nascent in my work in the US. I've just started working, with 'Quantico', and I'm filming a few movies right now.

"But I'm really looking for a trajectory where I have the ability to play various characters and genres and not be bogged down or put into a box or a stereotype of what I can do. That was my career in India."

She continued: "Pinky is a product of modern, urban India that is in touch with the world. It's educated, understands the opportunity, rights and trajectories. That is what the movie is about."

The 'We Can Be Heroes' star also revealed that she is keen to direct a movie in the future.

Priyanka said: "I've always wanted to. Having learned everything that I know about the business and on set, I see the tremendous responsibility it is. You're the captain of the ship, (you) steer every department and every department reports to you, and (it is) your singular vision."