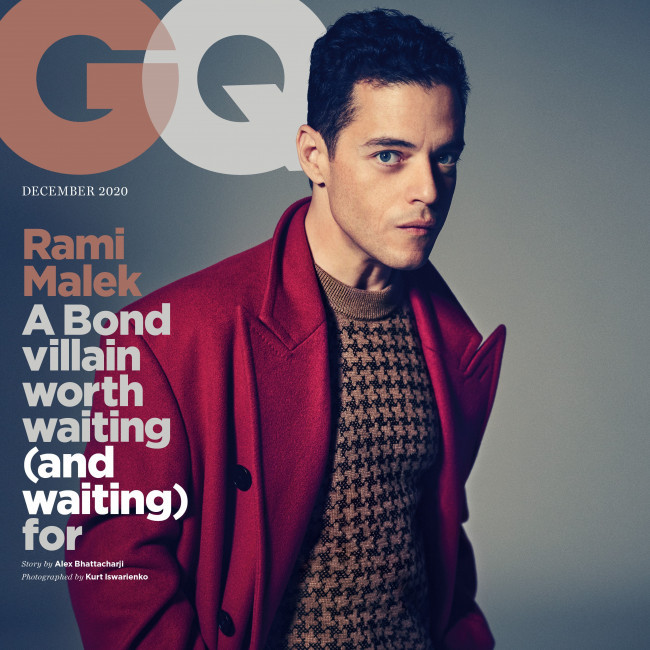 Rami Malek had to play a Bond villain

Rami Malek couldn't turn down a role in 'No Time to Die'.

The Oscar-winning actor will play villain Safin in the highly anticipated James Bond film and admits that there was "no way" he could spurn the opportunity to appear in the iconic spy series.

The 39-year-old star revealed that he was relishing the chance to go up against Daniel Craig - who is making his final appearance as Bond - in the film.

Rami remarked: "An opportunity to go toe-to-toe, head-to-head with Daniel and give them all I got? That's something I'll look back on as big as it gets."

Malek remained tight-lipped on the rumours that Safin is connected to Dr. No, the titular villain of the very first Bond movie back in 1962.

Speaking in an interview in the December issue of GQ magazine, he said: "Yes. That's interesting. I'm not going to bite on that, but I do think it's interesting. They'll just have to wait and see.

"Let the rumours fly, because no matter what you expect from this movie, you will be shocked when you watch the film. I will not add any fuel to the fire."

'No Time to Die' has had its release pushed back twice due to the COVID-19 pandemic and Rami hopes that fans are able to watch the action blockbuster in the cinema.

He explained: "Essentially, we make these films for entertainment.

"So ultimately it would be great if people feel it's safe enough to be able to see this film in the cinema. And maybe that could be some type of marker that we are returning to some sort of normalcy, whatever that is. And I hope that it is possible for reasons bigger than this film."

Read the full feature in the December issue of British GQ, available via digital download and on newsstands Friday 6th November https://www.gq-magazine.co.uk/culture/article/rami-malek-james-bond-no-time-to-die-interview