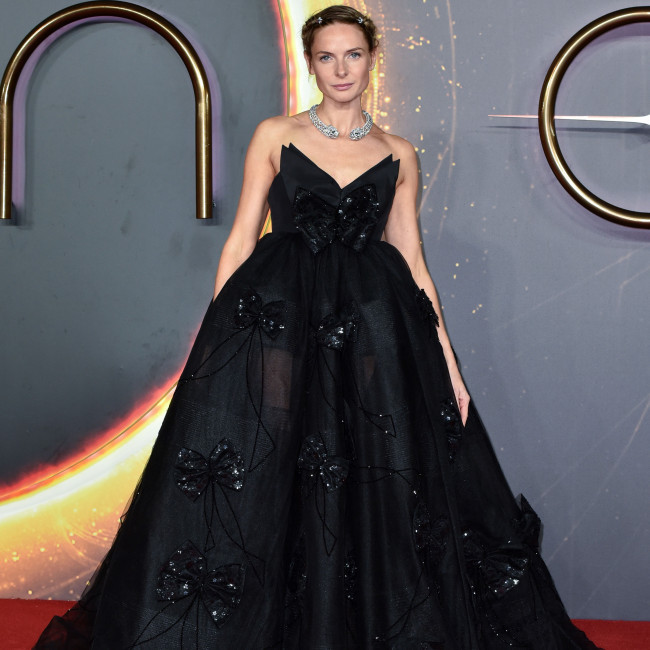 Rebecca Ferguson had her doubts before taking the part of Lady Jessica in 'Dune'.

The 38-year-old actress stars in Denis Villeneuve's new sci-fi epic but admits that she was unconvinced when the director first approached her about taking the part.

Rebecca told Variety: "When he explained the character, I thought, really? You want me to be regal and poised and ask me to do a role that I have played so many times before? I would literally be a teapot for you, but I don't think that's the role for me, dude."

The actress has forged a reputation for scene-stealing from male stars in films such as 'The Greatest Showman' and 'Doctor Sleep' and believes it is down to attitudes in the movie industry.

Ferguson said: "Would we also say that I'm constantly in the background of a more famous man?

"It's true, and it doesn't have to do with the man or the people that I work with. We're quite used to the structures of a film, and it will be 'Famous man, and then a famous woman.'

"Thankfully, we're getting into a world that will celebrate other types of dynamics, whether its friendship or sexuality or whatever. I guess I fall into maybe the last push of the old-school thinking."

Rebecca revealed that she may consider featuring in smaller films to establish herself as a leading actress after discussing the issue with co-star Timothee Chalamet.

The 'Mission: Impossible – Fallout' star said: "Timothee and I had a great conversation one day. He was explaining what it felt like to be coming into the enormity of this movie, a possible new bloody 'Star Wars'-level franchise, when he comes from indies and smaller sets.

"His technique and process became very different due to the independence of his films. I come from a world of enormous projects; I haven't done indies. I'm seeking where he's come from."