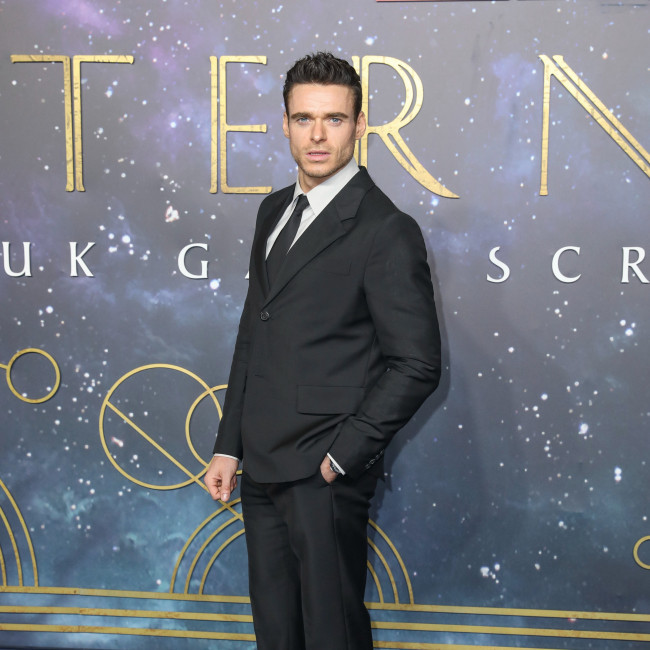 The 'Eternals' actor plays superhero Ikaris - who is actually over 20,000 years old in the comic books - in the Marvel blockbuster, and he loved the opportunity to take on a very different character.

He told HeyUGuys.com: "In this piece, the lure for me I found was, 'Do you want to play someone that's five, seven thousand years old?'

"As an actor, you never really get to do that. Not a lot of characters are seven thousand years old - I'm sure there's some vampires out there that are, but oftentimes we don't get to play characters that old.

"So that for me - rather than kind of thinking of it as a Marvel piece - was, 'OK, how do I play a character, how do I bring joy to a screen to someone who's seen everything and done everything a million times?' "

Meanwhile, the 35-year-old Scottish star also loved the opportunity to see Camden in a whole new light as the cast filmed on location in the area.

He added: "That bridge, which we have walked across many times - me and Gemma and Kit, together - I got to fly above it.

"So, I got to have this different vantage point on Camden. I thought, 'I'm never gonna see Camden like this again'.

"It's quite good, just hanging off these wires and the crane looking down at the canal. Very different to how we're usually there at two o'clock in the morning."

And there was the chance to work with filmmaker Chloe Zhao, who was at the helm of the movie.

He said: "She has that lovely thing of having the camera rolling before action and after cut, so oftentimes captures these intimate moments of the characters by themselves having a thought, or if it's the actor by [themselves], having a thought.

"But either way, it gives - especially in a movie that's so plot driven - these moments that you get alone with these characters to just give an extra dimension to them. She's got a real skill at capturing that."