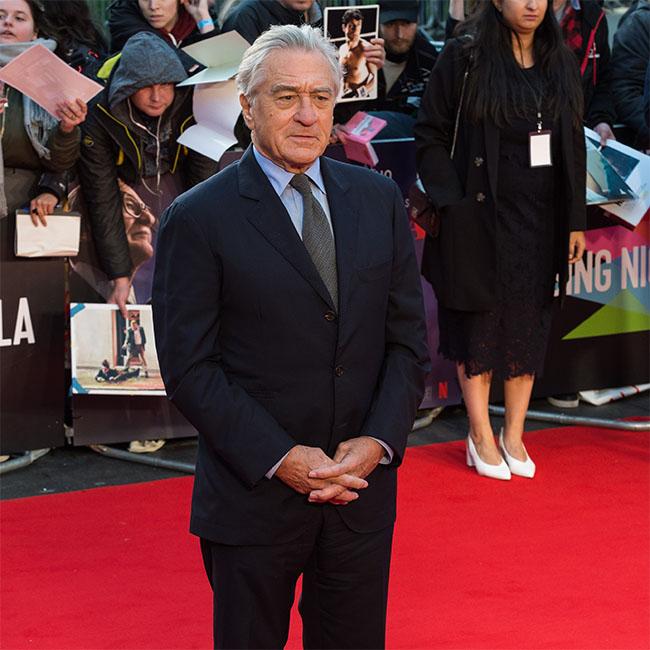 Robert De Niro went through a de-ageing process to star in 'The Irishman'.

The acting legend - who plays Frank Sheeran in Martin Scorsese's crime epic - revealed that the film's graphics team used footage of him in 'Goodfellas' to make him appear younger.

In an interview with the Daily Mail newspaper's Baz Bamigboye column, De Niro said: "They took a scene of me in 'Goodfellas', compared it, and did a de-aging process."

The 76-year-old star - who plays Sheeran from his late 20s through to his 80s - was "happy" that he and co-stars Joe Pesci, Al Pacino and Harvey Keitel could portray their characters in old age.

He said: "I was happy that we could play our characters older."

However, the Hollywood star admits there is a scene that fails to mask his age, because it was filmed near some rocks.

De Niro also had "a movement coach" to make sure his movements reflected those of a younger man.

De Niro recalled: "I was, you know, careful, because it could be slippery on those rocks.

"I had a movement coach. If I was sitting here, slouched, he'd tell me to sit up straighter. He'd say: 'You're playing 39!' or whatever.

"We had that reminder a lot, which is a good thing. Looking back, I would have been more aware of it myself. I didn't feel old. I felt like the ages I was playing. But going downstairs, and on those rocks, you can't hide it."