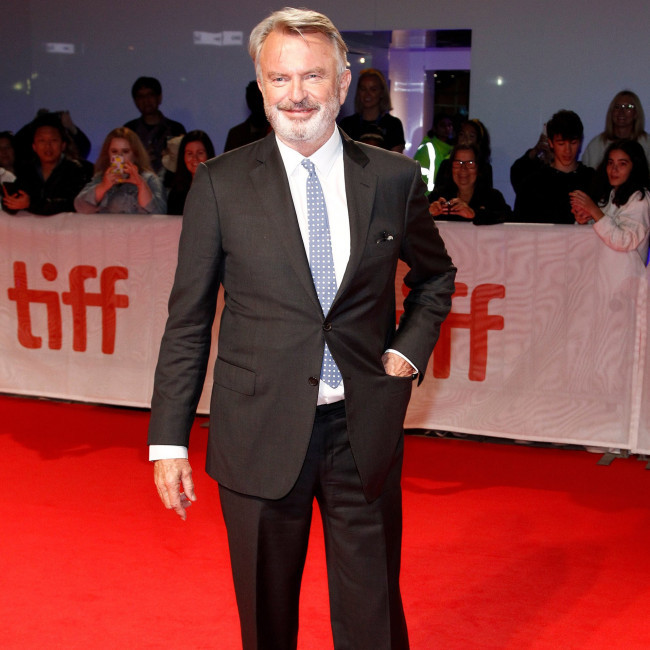 Sam Neill says 'Jurassic World: Dominion' is going to be a "big film" that has many similarities with Steven Spielberg's original.

The 73-year-old actor reprises his role as palaeontologist Dr. Alan Grant, the character he first played in Spielberg's 1993 blockbuster, in the latest movie in the dinosaur action franchise and he has teased that director Colin Trevorrow approached the project with the same "childlike sense of wonder" that 'E.T. the Extra-Terrestrial' filmmaker Spielberg did.

Sam said: "It's going to be a big film. Colin Trevorrow has that childlike sense of wonder, playfulness and inventiveness that (Steven) Spielberg has. We really shot a six-hour movie. We were all very gung-ho.

"Hopefully, there'll be thousands of massive cinemas ready for it because it's a big film for big audiences."

The 'Rams' star returns to the series with Laura Dern (Dr. Ellie Sattler) and Jeff Goldblum (Dr. Ian Malcolm) and Sam hinted that sparks could fly between his and Laura's alter egos in the film - which is set for release in 2022.

Asked about what to expect from Dr. Grant in the upcoming movie, he told Variety: "Same character, but different world, different times. Dr. Grant and Dr. Sattler haven't seen each other for some time, so you'll see how that pans out."

Production on the movie was completed in the UK amid the coronavirus pandemic last year and Sam enjoyed the tight-knit atmosphere with the cast and crew due to the COVID-19 restrictions.

Sam - who also appears with new franchise stars Chris Pratt and Bryce Dallas Howard - explained: "It was somewhere between rehab, summer camp and Easter break. We were compulsorily in each other's company and much richer for it. If we were shooting in L.A., we'd go off to our different caves every night, but we got to know each other so much better.

"I never felt less than privileged to be in work last year. So many people haven't had a sniff of a job for over a year and I can imagine how frightfully depressing that is and how much anxiety it must induce."