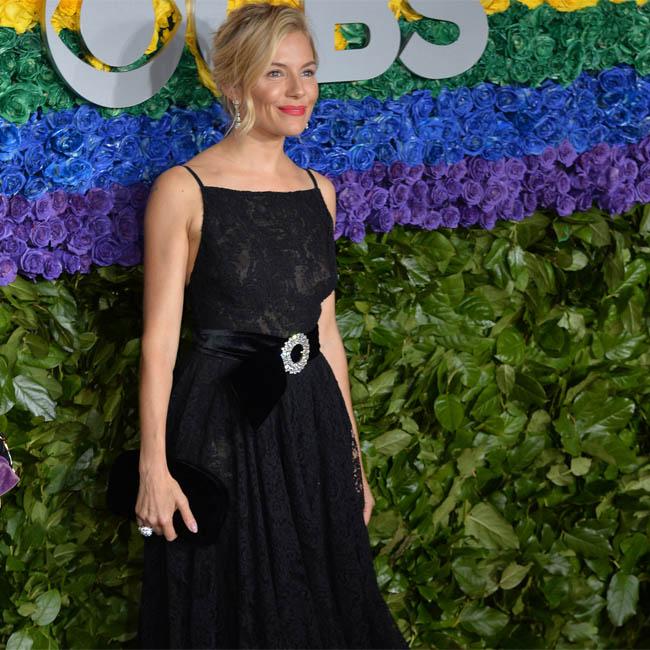 Sienna Miller's character in '21 Bridges' was originally supposed to be a man, according to co-star Chadwick Boseman.

The 'American Woman' star plays NYPD detective Frankie Burns in the film, but Chadwick revealed that director Brian Kirk wanted the character to be male, but changed for the sake of the story.

Chadwick told CinemaBlend: "Who these characters were completely changed. In fact, Frankie was a man."

Chadwick also explained how he and Brian worked hard to add layers to the characters which meant there were significant changes from script to screen.

The 'Black Panther' star said: "So who these characters were was an entirely different - were eons from where we are now. And I feel like, you know, my character was more of a political hand than he was a person with a skill set, a person with a code. And so pretty much all of that backstory was stuff that we came up with together."

Sienna, 37, admitted that the film's blend of action and character development attracted her to the project.

She said: "I mean, I think everybody goes on a journey. It takes place in one night, so there's only so much transformation that can take place. But the stakes are really high, and people have to respond to that. I think that's what drew me to the script.

"It felt like a very fast-paced, exciting movie with real deep, complicated characters involved, which is kind of everything you're looking for in something like this."

Sienna also revealed that she spent time with police officers in New York to help her get into character.

She explained: "I spent time with people in the police force. They all have these thick accents as they call 'real language' and I think hanging out with them before and on set probably influenced some of that. I also love an accent, so I'll just run with it if I see an opportunity."