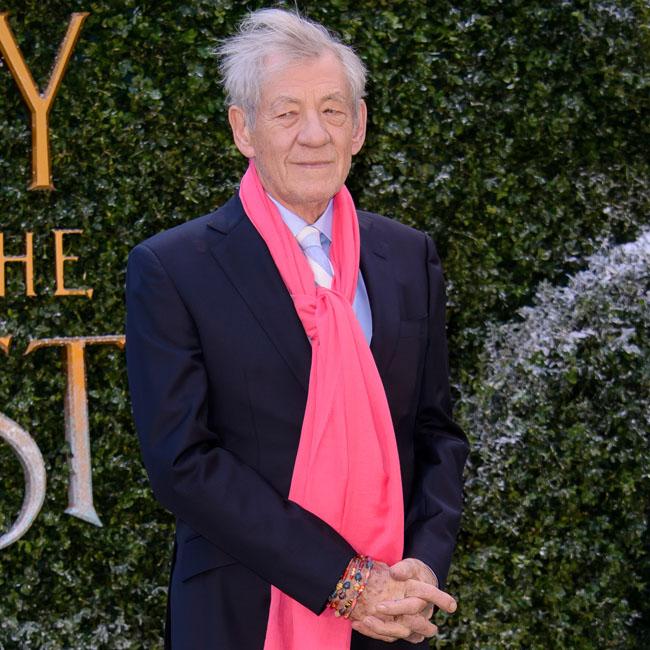 The 80-year-old actor is thrilled to have starred in the likes of 'Lord of the Rings', which made him a huge Hollywood movie legend.

Asked how he felt about being so closely linked with such huge movie roles, he told CBS This Morning: "God Bless, Gandalf. I ride in his chariot. I remember a friend said to me, 'Do you realise when 'Lord of the Rings' comes out, your life is going to change forever? Didn't know what he meant, but it has. In that, I suddenly got thousands and thousands of friends that I didn't know about."

And McKellen could have had another huge role to his name as he previously revealed he rejected the role of Professor Dumbledore in the 'Harry Potter' films.

Explaining how he declined as Richard Harris didn't respect him as an actor, he explained: "When he died - he played Dumbledore, the wizard - I played the real wizard [Gandalf in the 'Lord Of The Rings' trilogy] of course - but when they called me up and said would I be interested in being in the 'Harry Potter' films, they didn't say what part. I worked out what they were thinking and I couldn't. I couldn't take over the part from an actor who I'd known hadn't approved of me ... Well, sometimes when I see posters of Michael Gambon, the actor who gloriously plays Dumbledore, I think it's me. You know, we get asked for each other's autographs!"

Harris starred in the first two 'Harry Potter' films and was replaced by Michael Gambon for the rest of the series.