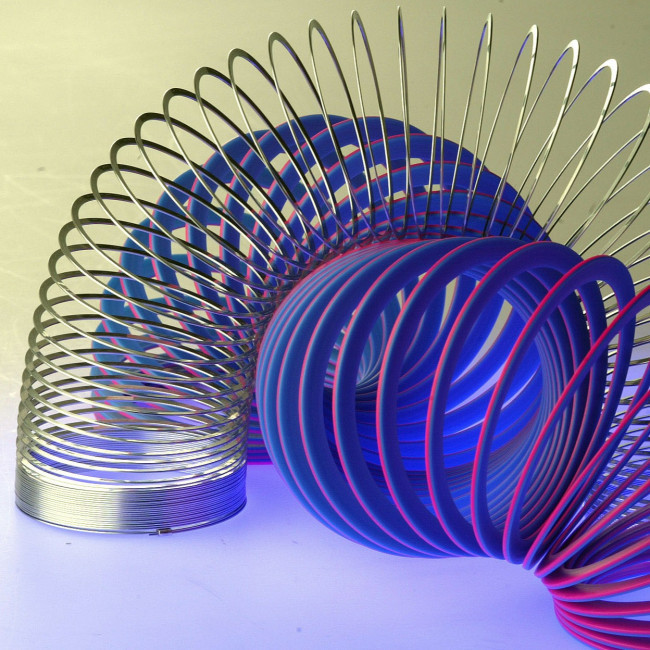 A 'Slinky' movie is in the works.

'Billy Madison' director Tamra Davis is helming the story based on the creation of the popular child's toy, which was released in the 1940s and still continues to entertain kids to this day.

The Slinky was invented by naval mechanical engineer Richard James but the project will focus on his wife Betty, who inherited a struggling business after he left her with six children and an almost bankrupt company. In a time dominated by male CEOs, Betty held her own and helped make the Slinky a must-have item for kids.

Tamra, 58, said in a statement: "I am so thrilled to have the opportunity to tell the story of Betty James; a female inventor, business woman and dedicated mother who with her husband Dick James invented the Slinky.

"When I read her story I was so inspired by the ups and downs of their rags to riches tale. I had no idea the iconic toy told the story of American innovation, domestic drama and the rise of the female executive.

"Betty James' life is a moment in American history where women proved they could not only survive in the face of despair but flourish when the opportunity presented itself. I immediately connected with Betty James. She was an intrepid woman who's goal in life was to create joy and make people happy."

Joanne Rubino is producing the movie under her Be Brave Media banner with Just Pin conjunction with Just Play, the company behind the Slinky. The script is being penned by Chris Siverston, Ann Carli and Cristina Curbelo.

Just Play co-president Geoffrey Greenberg said: "Slinky has been one of the most popular toys for generations. We are thrilled to partner with Be Brave Media to share the inspiring story of how this innovative product became one of the best-selling playthings of all time."