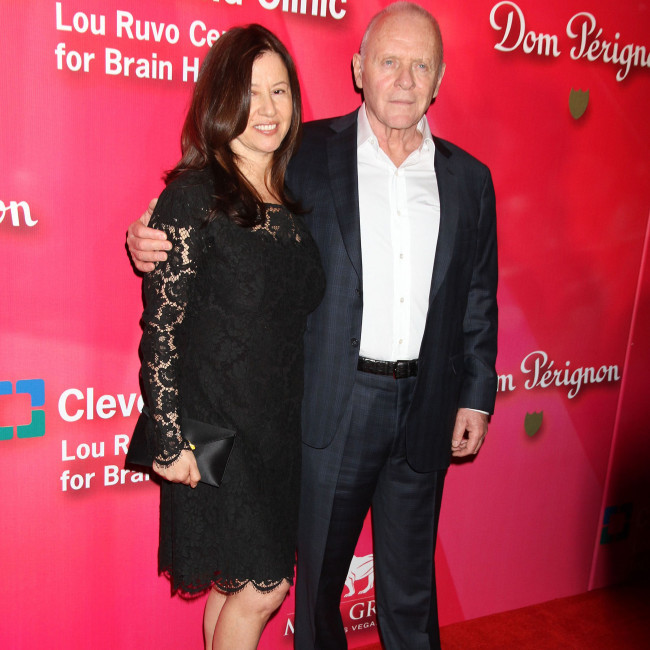 The Oscar-winning star played the lead role of therapist Dr. Philip Lewis in the indie drama that was written and directed by his wife and Stella admitted that it was straightforward as they "respected" each other's positions.

Stella said: "He respected my position and I respected his, although I recognised that I was working with a man who, clearly, has 55 years' worth of acting experience from which to draw.

"For the therapy scene he said, 'I'd like to sit a little bit back in the dark but, at a certain point, when I really need to get her present, I'll lean forward.'

"I objected, and said, 'It's going to be too dark, and you're going to be in the background!' But it was his choice, and he was right."

Stella – who has been married to Anthony since 2003 - explained that she never had an agreement with her husband that he should be part of the film and that the 'Silence of the Lambs' star only joined the cast after reading her script.

She told The Times newspaper: "After I wrote it I gave it to him and said, 'Look at it. There's an obvious part in there for you, but if you don't want to do it you don't have to. You can say no.'

"And he read it and said, 'Very interesting. Definitely. I'm in!'"

Stella can understand the comparisons between 'Elyse' and 'Slipstream', the 2007 flick written and directed by Anthony.

She explained: "It's not an accident that his film and my film have that similar thread.

"Because we are both fascinated with the dreamlike quality of our reality. We can spend hours discussing it, where sometimes we end in laughter and others not. It was very much the very beginning of our meeting and our first conversation."