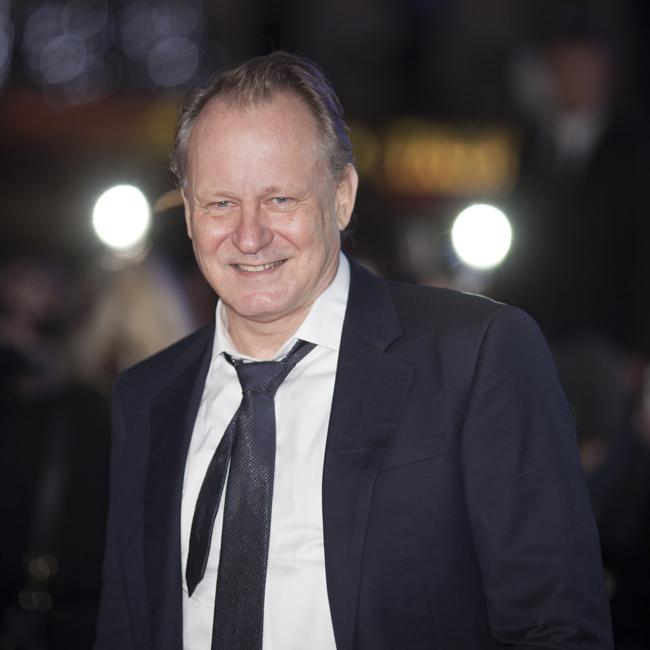 Stellan Skarsgard thinks 'The Painted Bird' is "very difficult to watch on your iPhone".

The 69-year-old actor stars in the black-and-white war drama film, and he believes it's a movie that needs a big-screen viewing in order to be appreciated.

He said: "It's a film that's very difficult to watch on your iPhone, since the imagery is what speaks to you.

"It needs the theater in a way, or at least a very big screen, because it's incredibly beautifully shot. The contrast between the beautiful pictures and the harsh and brutal story, really rocks you in your seat in a strange way."

'The Painted Bird' tells the story of a Jewish boy who experiences and witnesses brutal violence during the World War Two era.

Skarsgard has admitted that in the modern world, it's hard to make such films.

Speaking to the BBC, he explained: "It's a film of a kind that's very hard to finance nowadays, it's in the style of the classic very cinematic films from Eastern Europe in the 60s and 70s, but it doesn't sell much popcorn, and popcorn is very important nowadays."

Vaclav Marhoul, the film's director, has also claimed that shooting the drama in black and white has given the movie a "kind of magic" feeling.

He said: "I'm one of those filmmakers who - even despite today's amazing possibilities of digital filming - is convinced that the negative is basically irreplaceable and that it gives film a kind of magic.

"The negative is more authentic, especially for something like 'The Painted Bird', which is in black and white precisely to reinforce the basic narrative line.

"Filming it in color would have been a catastrophe. It would have looked entirely unconvincing, fake, commercial."