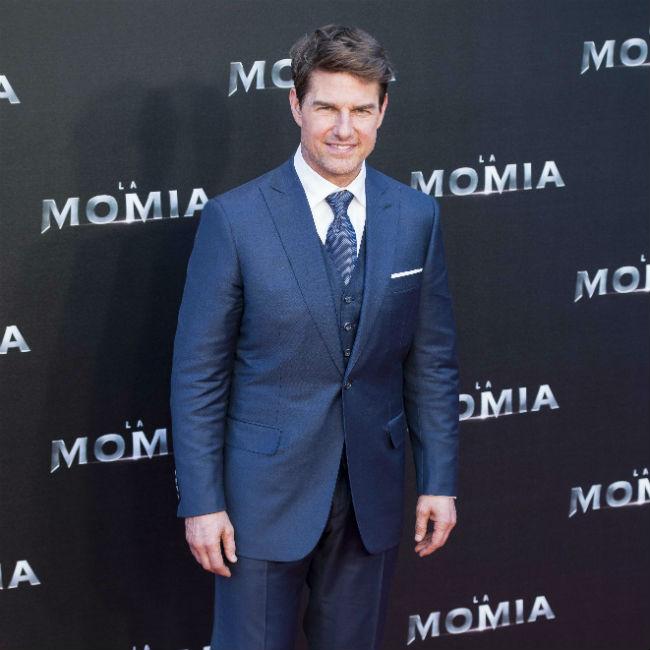 The 57-year-old actor made a surprise appearance at Comic Con on Thursday (18.07.19), where he introduced a trailer for the upcoming Top Gun: Maverick' - in whcih he reprises his role as Pete 'Maverick' Mitchell - and thanked fans for being patient enough to wait over 30 years for the new film.

He said: "34 years ago, I made a movie in San Diego and shot across the street in a restaurant.

"I was always asked 'When are you going to do another one?' Well, you've been very patient with me. I felt like it was my responsibility to really deliver for you'."

Meanwhile, Jon Hamm - wh has a mystery role in the film - recently promised the sequel will be "mind-blowing".

He said: "We're shooting the movie in 6K, so it's incredibly high-def.

"The aerial footage is mind-blowing.

"And it's mostly practical - there's not a lot of CGI [computer generated].

"Those goes are really up in planes and getting thrown around in multiple Gs.

"So it's very exciting to watch.

"They showed me 15 minutes of footage and I left the trailer with my chin on the ground.

Jon says the whole cast other than Tom and Val Kilmer - who returns as Iceman - and Miles Teller, who plays Bradley Bradshaw, are having to keep their roles a secret.He said: "I can't really tease much about my role.

"Doing this film has been a very strange experience, but it's been a wonderful experience as well.

"It will have a very similar vibe to the first one.

"For people who loved the first movie it's going to be very interesting to watch.

"It very much takes the story in a different direction.

"But I think for the new fans it's gonna be something very cool, too."