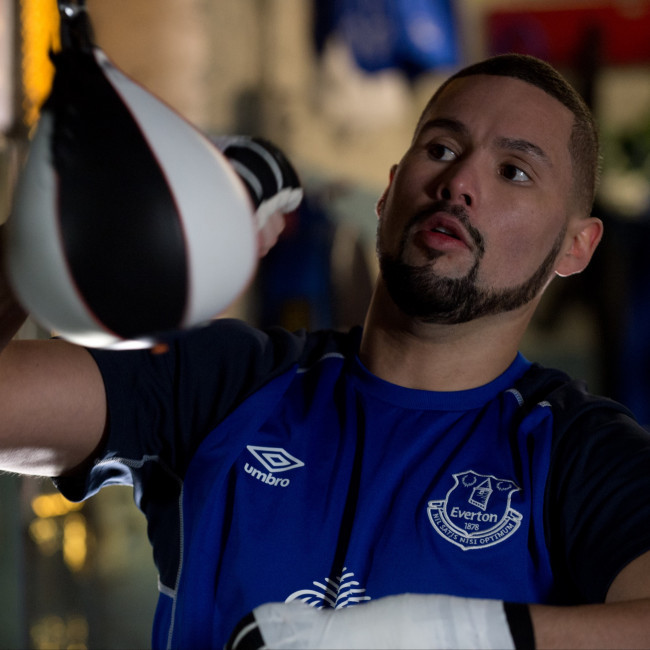 Tony Bellew says he could 'potentially' appear in Creed III

Tony Bellew says there's "potentially" a chance he could appear in 'Creed III'.

Following the success of the first film and the 2018 sequel - which saw Adonis face-off against Viktor Drago (Florian Munteanu), the son of Ivan Drago (Dolph Lundgren), the Russian fighter who killed his father Apollo Creed (Carl Weathers) in the ring - a third installment is being made with Jordan directing the action.

Bellew admits he would definitely be interested in reprising his role as Ricky if he gets a call from 'Black Panther' star Jordan, 34, as in the plot of the films his alter ego has some unfinished business.

When asked if he could appear in 'Creed III', he said: "I don’t know, potentially.

"Ricky has done five years in the penitentiary in the USA … Potentially, you just never know, we’ll have to wait and see.

"Michael B. Jordan is directing this third one, all will be revealed soon I would imagine.

"For now, 'Pretty' Ricky Conlan is still in the penitentiary, I’m sure he’ll want to come out and make some noise, being the pound-for-pound king that he was before he got locked up."

Bellew has nothing but fantastic memories from his time making 'Creed' with director Ryan Coogler, Jordan and Sylvester Stallone - who reprised his role as Rocky Balboa once again - and admits it was amazing that his life eventually imitated art.

In the movie, Conlan fights Creed at Everton FC's home ground Goodison Park, and in May 2016 Bellew fought for real at the stadium of his beloved Premier League soccer team in Liverpool, beating Ilunga Makabu for the WBC cruiserweight world title.

Speaking exclusively to BANG Showbiz to promote new video game 'Big Rumble Boxing: Creed Champions', he said: "I was just so happy to take the role on, I still can’t believe I did it, I’m just a kid from the streets of Liverpool and I’ve been in a 'Rocky' movie, you couldn’t write it, you really couldn’t.

“I achieved all my dreams, I always wanted to fight at Goodison Park, I did it for a movie and then I did it in real life, where it really matters, it’s been fantastic and I’m really grateful for what it’s done for me since then. It’s just been literally dream come true after dream come true for me and it’s something that I’ve very indebted for and grateful for.

“The memories that I have of making 'Creed', they were good times, I learned a lot about acting from Sly and Michael. The advice that they gave me was just brilliant. It was amazing to be part of it, brilliant to be with them, I just loved it."

'Big Rumble Boxing: Creed Champions' - in which Bellew appears as 'Pretty' Ricky Conlan as a playable character along with iconic 'Rocky' fighters such as Clubber Lang, Apollo Creed and Rocky Balboa - is available now on Nintendo Switch, PC, PS4 and Xbox.