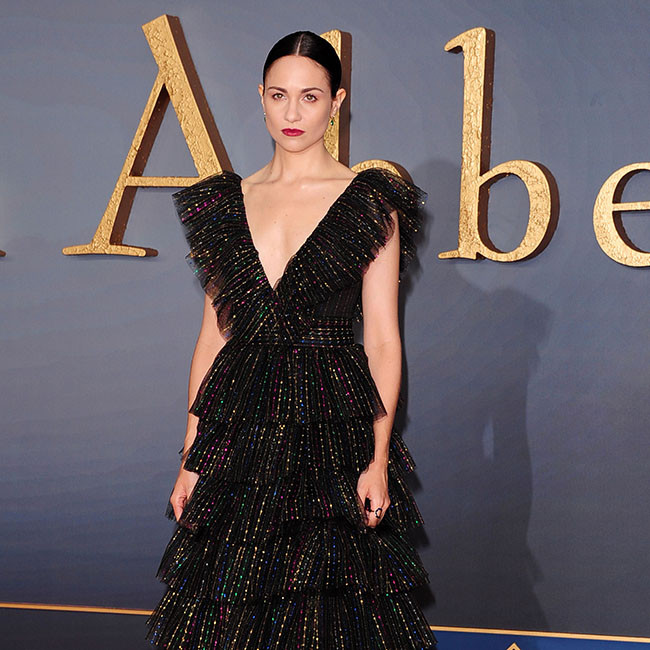 Tuppence Middleton: Gary Oldman is 'just a dream' to work with

Tuppence Middleton has praised Gary Oldman as a “dream” to work with.

The 33-year-old star admitted filming ‘Mank’ - which tells the story of screenwriter J. Mankiewicz writing 'Citizen Kane' under pressure from Orson Welles - with the Oscar-winning actor forced her to “up [her] game” and give a better performance, and as well as being incredibly talented, he was also a lot of fun away from filming.

She told Big Issue magazine: "He's just a dream. It's so boring to say, but he's a real sweetie and did everything in his power to make all of us feel comfortable and welcome and equal to his insane talent.

"When you work with him, automatically you up your game. "And he's up for larking around in between takes too.

"He's very funny and that wit shines through Mankiewicz."

And while Middleton was excited to work with Oldman, her family were also thrilled that she shares a screen with Michael C. Hall in her upcoming TV series 'Shadowplay'.

She said: "I am the wife of a diplomat, played by Michael C. Hall. My family were so excited that I would be acting with 'Dexter'.

Although 'Mank' pays tribute to classic Hollywood, the actress admitted she also saw it as a "stark reminder" of how much better things are now.

She added: "If you work in this industry, it makes you think two polarised throughts. Oh wow, the glamour, didn't everything look so beautiful and wasn't it great when our private lives were more mysterious?

"But at the same time, it wasn't all roses and you see the corruption, the ways we've moved on as an industry and society.

“So it is a stark reminder that although we consider those the golden days of Hollywood, many things are much better now.

"I feel grateful to live in an era of Hollywood which is post-Me Too and is a world of intimacy directors and moving towards equal pay, equality and diversity."